D is for Daft Punk 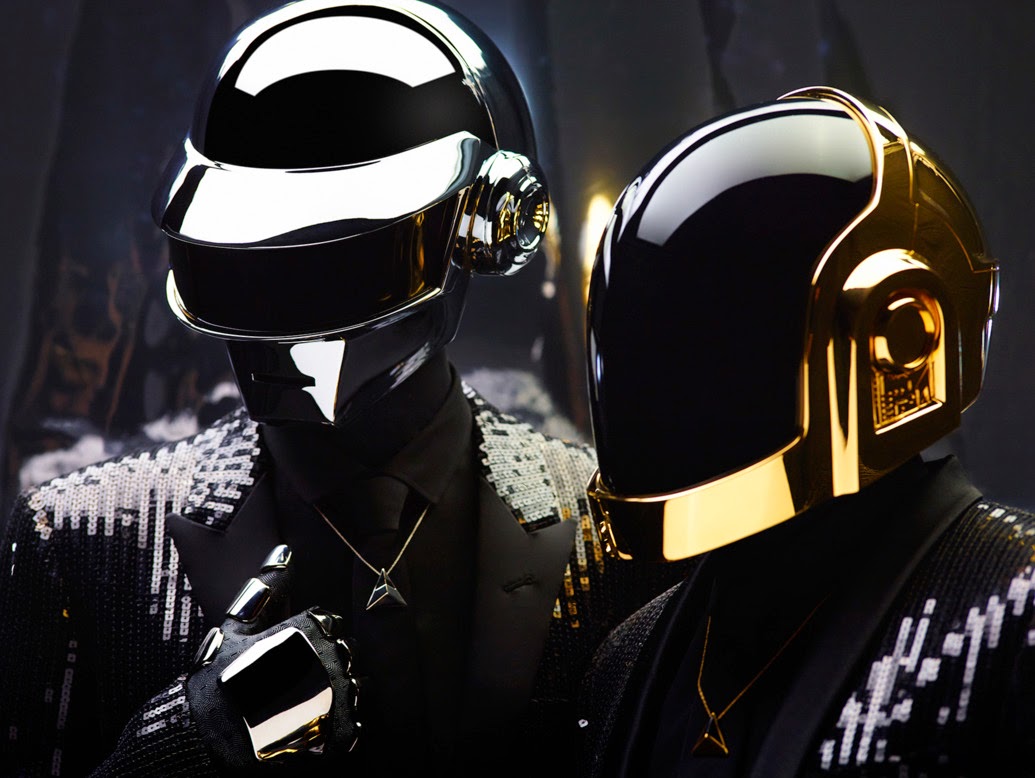 During the mid-to-late 90s, the French House electronic music subgenre was starting to make waves across Europe. And at the time, Daft Punk were at the center of that movement, a duo made up of French DJs, Guy-Manuel de Homem-Christo and Thomas Bangalter. They released their debut album Homework in 1997, and it featured their breakout singles, Alive, Da Funk and Around the World.

The duo released their second studio album in 2001, which was titled Discovery. The album marked a significant shift from the house roots of their previous record, to a more 70s disco-influenced synthpop sound. This was exemplified by the album's first single, One More Time, which would eventually become one of their signature songs. An animated film titled Interstellar 5555 was subsequently released in 2003, which was set to music from the album.

Their third studio album, Human After All, was released in 2005. It contained well-received singles like Robot Rock and Technologic, but the album as a whole was not favorably received by critics. Its release was followed by that of their second of two live albums, Alive 2007, which incorporated songs from all three studio albums. It helped shed a new light on the songs from their third album, and earned the duo two Grammys.

In 2010, they helped score the movie, Tron: Legacy, a sequel to the 1982 classic science fiction movie, Tron. While the movie itself was met with mixed and average reviews, the soundtrack album proved more successful with the critics. It was praised for its blend of orchestral and electronic music elements, a trend that would be carried on by their fourth studio album, Random Access Memories.

Released in 2013, Random Access Memories can be considered the current pinnacle of Daft Punk's musical career. It produced their biggest hit single till date, Get Lucky, a song that no doubt helped introduce their music to a sizable amount of new fans. The album was not only met with critical acclaim, but also went on to win Album of the Year at the 56th Grammy Awards.

It is almost impossible for me to settle upon a single song to showcase the brilliance of Daft Punk. This isn't helped by the evolving nature of their music, with earlier tracks from the Homework era sounding almost nothing like their recent material. So I have decided to highlight one of their lesser known (but nonetheless quintessential) songs instead, Make Love, from their 2005 album, Human After All.