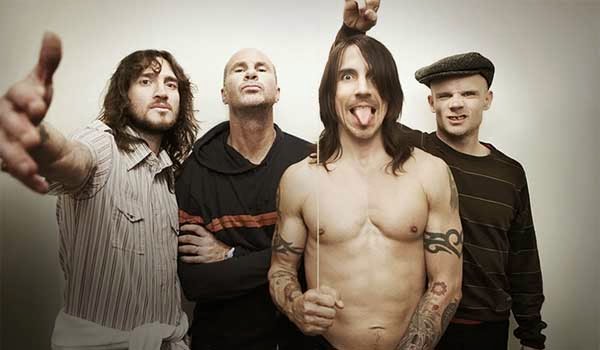 The Red Hot Chili Peppers are an American rock band whose current lineup comprises of lead singer Anthony Kiedis, bass guitarist Michael "Flea" Balzary, drummer Chad Smith and lead guitarist Josh Klinghoffer. They are renowned for their rap-driven, funk-inspired songs and their energetic live performances. They were inducted into the Rock and Roll Hall of Fame in 2012, in honor of their career spanning more than three decades.

Their self-titled debut album was released in 1984. This was followed by Freaky Styley in 1985, The Uplift Mofo Party Plan in 1987, and Mother's Milk in 1989. But their breakthrough didn't come until 1991, when they released their fifth album, Blood Sex Sugar Magik. It contained the hit singles, Under the Bridge and Give It Away, the latter of which would earn them a Grammy for Best Hard Rock Performance.

Unable to cope with their newfound fame, the band's then guitarist, John Frusciante, decided to leave in the middle of a world tour. He was replaced by Jane's Addiction guitarist, Dave Navarro, for their 1995 album, One Hot Minute. He would later return in 1998, following a string of drug-related problems. And in 1999, the band released its bestselling album Californication to critical acclaim. It contained their hit single Scar Tissue, which earned them another Grammy, this time for Best Rock Song.

The Red Hot Chili Peppers released their eight studio album in 2002, By the Way. Its music and melodies were largely composed by John Frusciante, and it contained the singles, By the Way, Can't Stop, The Zephyr Song, and Universally Speaking. The band released a Greatest Hits album in 2003, which also contained two previously unreleased songs, Fortune Faded and Save the Population.

In 2006, the band released the double album, Stadium Arcadium, which debut at #1 on the Billboard 200, their first album to do so. The album would go on to earn them seven nominations at the 49th Grammy Awards, including one for Album of the Year. They took home five awards at that particular ceremony, including two for their song, Dani California, whose video is noted for paying homage to the evolution of rock music.