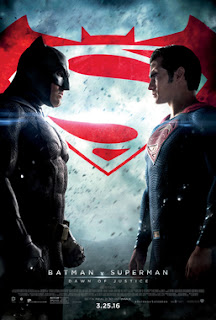 As far as epic showdowns go, there hasn't been one more anticipated these last couple of years than the one between the Dark Knight and the Man of Steel. So you can imagine my disappointment when the reviews started coming in and the movie was getting torn apart by critics. I’ve never been one to hop on such bandwagons, so I would try to keep this review as balanced (and of course spoiler-free) as I can.

Right off the bat (no pun intended), the movie opens with a young Bruce Wayne grieving the recent deaths of his billionaire parents. Thereafter it shifts to a scene we are already familiar with, and we get to watch the destruction of Metropolis during the fight between Superman and General Zod, but as seen from the perspective of Bruce Wayne, lending a human angle to the battle between gods.

This sets the stage for the confrontation that has been promised in all those trailers you’ve undoubtedly seen, while also addressing one of the biggest criticisms leveled against Man of Steel, namely the collateral damage and death toll resulting from its climatic battle. Personally, I couldn’t care less about such details in a movie of this kind, but it was nice to see Zack Synder and the screenwriters taking something many considered a shortcoming, and using it to advance the story they were trying to tell.

Speaking of shortcomings, the latest entry in the DC Extended Universe isn’t without its fair share. At two and a half hours, the movie felt overlong. But what puzzled me the most was how little character development we got to see during that time. Superman felt just as wooden and one dimensional as he did in Man of Steel, and while Ben Affleck’s portrayal of Batman was more than adequate, the character showed nowhere near as much growth as what we saw in Christopher Nolan’s The Dark Knight trilogy.

But let’s face it, you wouldn’t be watching this movie purely for the monologues and moments of character introspection. To the contrary, you want to see two of DC’s finest duke it out till there is only one left standing. And on those grounds, Batman v Superman delivers… to a degree. My main problem here is the fairly predictable outcome of their fight, which is doubly so for anyone who has read the 1986 graphic novel, The Dark Knight Returns, or seen its more recent animated movie adaption.

The movie isn’t just about the two superheroes, though, as you’ve no doubt noticed from its subtitle, Dawn of Justice. So how does it fare as an introduction to the Justice League? Well, not so good, at least for those not already familiar with its members. Wonder Woman was underutilized for the most part, while Aquaman, Cyborg, and Flash felt like they were literally being checked off a check list.

All in all, the movie felt like buildup for a better movie to come somewhere down the line. But the question is would people be patient enough to allow the filmmakers connect the dots? Only time (and the box office numbers) would tell.
Posted by Michael Abayomi at 14:55 29 comments: