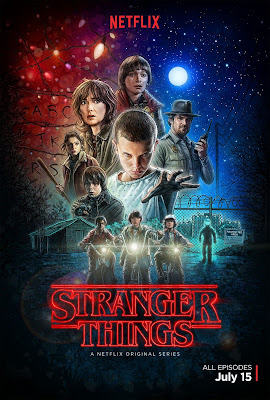 This past weekend marked the debut of the Netflix original series, Stranger Things, an eight-episode miniseries with science fiction and horror trappings. Drawing inspiration from the decade it takes place in, the show is clearly a homage to the works of Steven Spielberg, John Carpenter and Stephen King. And even though the tribute to said works can feel a bit heavy-handed sometimes, it is never to the point of downright cheesiness.

Set in a small town in 1983, the story follows a group of close-knit boys as they investigate the mysterious disappearance of their friend, Will, who'd gone missing on his way home after a marathon session of Dungeons & Dragons. Their search eventually leads them to find Eleven, a young girl with supernatural abilities who'd escaped from a nearby government research facility. They form an unlikely alliance, even as their small town is plagued with "strange" happenings.

Stranger Things works on so many levels. There is that sense of mystery as we are left guessing even as we try to connect the dots. Then there is the opening music, with its electronic swells and sweet 1980s nostalgia. In terms of actors and their performances, the biggest name on the roster is Winona Ryder, who kills it as the missing boy's distraught mother. But the true standouts of the show are the child actors themselves, all of whom are interesting and more importantly believable.

My primary fear going into Stranger Things was whether or not the showrunners would be able to tie up the multiple threads of its story line, given the show's relatively low episode count. But the Duffer Brothers not only managed to do that, they've also managed to leave things just open-ended enough, should the show happen to be picked up for a second season.

I sincerely hope that it does, because I'm afraid I have grown quite attached to these kids and their small town adventures.
Posted by Michael Abayomi at 06:01 20 comments:

The Legend of Tarzan (Movie Review) 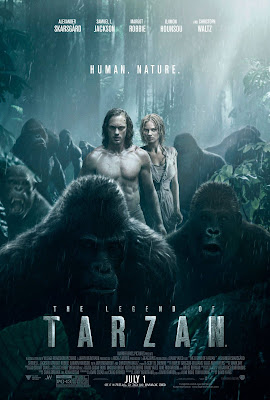 The purpose of a good trailer is to sell the movie it depicts, and I was partly sold months ago by The Legend of Tarzan's, with its over-the-top action and overall ballsiness. But the main draw for me was the movie's director, David Yates, who is best known for helming the final four Harry Potter films, as well as its upcoming prequel/spinoff, Fantastic Beasts and Where To Find Them.

Here, his directorial skills are used on yet another work of literary fiction, namely Tarzan of the Apes, a book that has been adapted and expanded upon more times than I care to count. And it is clear from the very beginning that he has set out to make his adaptation as far from the 1999 Disney animated film version as possible.

In fact, the movie plays like more of a sequel than an origin story, choosing to fill in the blanks with flashbacks that more often than not break the flow of the story being told. That story is of a Tarzan (Alexander Skarsgård) who has already adjusted to living in the civilized world. He is married to love interest, Jane (Margot Robbie), and has inherited the family estate, as well as taken on the name, John Clayton III.

It isn't long before he is drawn to his home in the African jungle though, after he is convinced by the American emissary, George Washington Williams (Samuel L. Jackson), of a growing slave market in the region. There, he is lured into the trap of villainous Captain Léon Rom (Christoph Waltz), who seeks to deliver Tarzan to the vengeful chief of a local tribe (Djimon Hounsou) in exchange for a truckload of diamonds.

The Legend of Tarzan was plagued by pacing issues, and a script that left more to be desired in terms of character development and backstory. Also, the film's special effects pale in comparison to the impossibly high standard set by the likes of The Jungle Book and the recent Planet of the Apes movies. The result is a film that is far from essential viewing, but is still worth the price of admission.
Posted by Michael Abayomi at 06:54 20 comments: 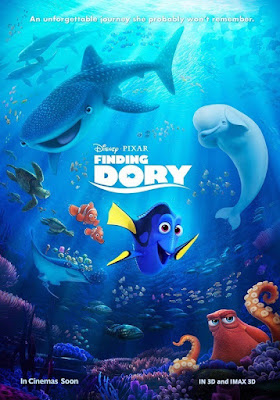 A few years back, I had reviewed the 2003 Pixar animated film, Finding Nemo, as part of the 2012 Blogging from A to Z Challenge. In that review, I had remarked on how Dory had "more than stolen the show," so you can imagine my elation after I'd found out that a sequel was not only in the works, but was going to center upon everyone's favorite amnesiac blue fish. Finding Dory is that long-overdue sequel.

The movie also serves as an origin story of sorts, and as such it opens with a young (and totally adorable) Dory being schooled by her parents. It isn't long before tragedy strikes, and she is soon separated from her family and left to wonder the ocean on her own. We see her transform into the Dory we know in the course of this opening sequence, and this segues beautifully into the opening from Finding Nemo, when Marlin was about to begin his search for Nemo.

Flash forward one year, and Dory is living with the reunited clownfish family. Although still struggling with her short-term memory loss, she starts having flashbacks from her childhood. This sparks an unquenchable desire to find her long-lost parents, and soon the trio are on an adventure across the Pacific to the Jewel of Morro Bay in California.

Getting there, Dory is inadvertently captured by volunteers from a rehabilitation center for marine animals, and in an all-too-familiar twist ripped straight out of the first movie, it is left to Marlin and Nemo to try rescuing her. But it is also here that things take a turn for the unexpected, as we are introduced to a colorful cast of new characters that include a pair of territorial sea lions, a nearsighted whale shark named Destiny, and the cynical seven-legged (tentacled?) Octopus, Hank.

Finding Dory is everything an animated sequel should be; it is bigger, bolder, and beautiful to behold, plus that climax is guaranteed to have you gasping for breath.
Posted by Michael Abayomi at 06:16 21 comments: