N is for Nirvana 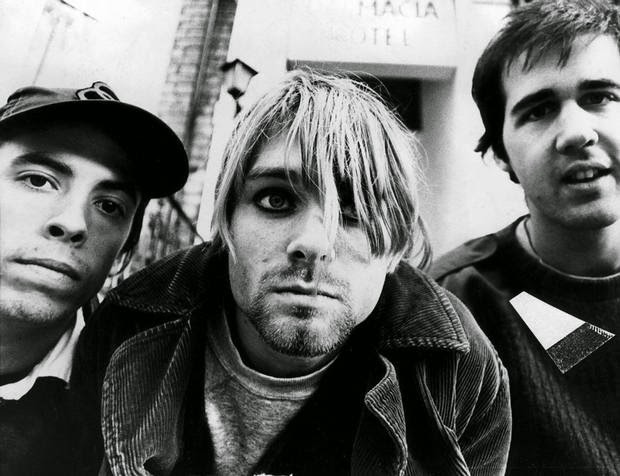 Nirvana was an alternative rock band that consisted of lead singer/guitarist Kurt Cobain, bassist Krist Novoselic, and drummer Dave Grohl. They rose to fame following the unexpected success of their breakout single, Smells Like Teen Spirit. The song would propel their second album, Nevermind, to sell over 30 million copies worldwide, making them one of the most successful bands of all time.

The band was formed in 1987, and their first album, Bleach, was released independently in 1989. The album was critically acclaimed, but failed to make any impact on the charts. During this time, the band went through a number of drummers, before finally settling upon Dave Grohl in 1990. The trio set off to record a follow-up album, and Nevermind was released by their new record label in 1991.

The first single off their second album was the album opener, Smells Like Teen Spirit. The song quickly became a hit after its music video was placed on heavy rotation by MTV. It remains their most recognizable song, with more than 10 million copies sold. The album also produced three further singles, Come as You Are, Lithium and In Bloom. Its success is often credited for bringing alternative rock into the limelight.

Their third album, In Utero, was released in 1993. It produced the singles Heart-Shaped Box, All Apologies/Rape Me and Pennyroyal Tea. It carried over the band's success from their previous album, debuting at number one on the Billboard 200. But the band itself was not fated to last much longer. In 1994, following several years of living with a drug problem, lead singer Kurt Cobain was found dead in his home from what was believed to be a self-inflicted shotgun wound.

Nirvana is still considered one of the most influential rock bands of all time. Their legacy lives on in the form of their music, and the many bands they have undoubtedly inspired over the years. So in honor of that legacy, I have chosen to highlight their song, Smells Like Teen Spirit, since it was here that they went from being unknown to being considered the flagship band of an entire generation.