L is for Linkin Park 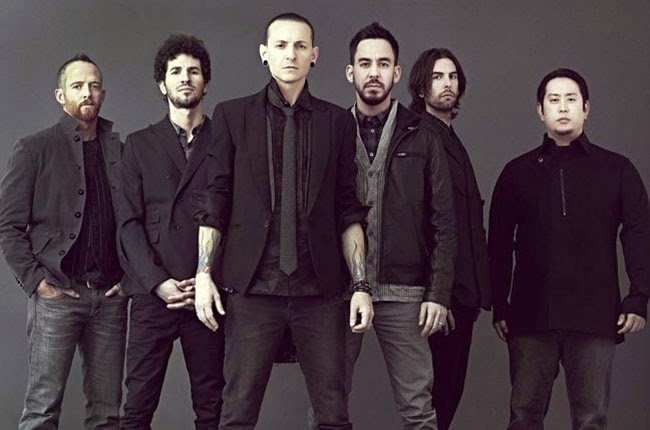 Linkin Park is a nu metal band that rose to prominence during the genre's heyday in the early 2000s. They are considered one of the decades most successful bands, having sold more than 60 million albums. Their lineup includes Mike Shinoda, Chester Bennington, Joseph Hahn, Rob Bourdon, Dave Farrell and Brad Delson.

Their first album, Hybrid Theory, was released in 2000. It contained the hit singles, In the End and Crawling, the latter of which won them a Grammy award for Best Hard Rock Performance. The album was named the bestselling album of 2001, for selling close to 5 million copies during its first year of release. It has since been certified Diamond for shipping over 10 million copies.

The band released a compilation of remixes in 2002, titled Reanimation. It featured contributions from the likes of Korn frontman, Jonathan Davis, as well as Aaron Lewis of the band, Staind. Their second studio album, Meteora, was released in 2003. It continued the success they had found with Hybrid Theory, producing the hit singles Somewhere I Belong, Faint, Breaking The Habit and Numb.

A live album, Live in Texas, was released by the band in late 2003, featuring performances of songs from their previous three albums. They also released a collaborative album, Collison Course, with rapper Jay Z, which was a mashup of preexisting songs between them. The project spawned the hit single, Numb/Encore, which earned both of them a Grammy in the Best Rap/Sung Collaboration category.

For their 2007 album, Minutes to Midnight, the band decided to drop their heavier nu metal sound in favor of a stripped down alternative rock sound, a move that would alienate a significant portion of their existing fanbase. But the album itself proved relatively successful, producing the hit single, What I've Done, which was featured on the Transformers movie soundtrack. They would go on to contribute songs to the next two Transformers sequels, even helping to score the second one.

The band has released three more albums since outgrowing their nu metal sound, A Thousand Suns (2010), Living Things (2012), and The Hunting Party (2014), and a second remix album, Recharged (2013), none of which has managed to capture the same level of success as they had with their first two studio albums. Regardless, the band continues to be recognized for their contribution to the genre, as well as the experimental nature of their recent material.

Linkin Park is perhaps best known for the creativity behind their music videos, most of which typically showcase their love for science fiction and the otherworldly. A prime example of this would be their video for Somewhere I Belong, a song that helped cement their position as one of my all-time favorite rock bands.