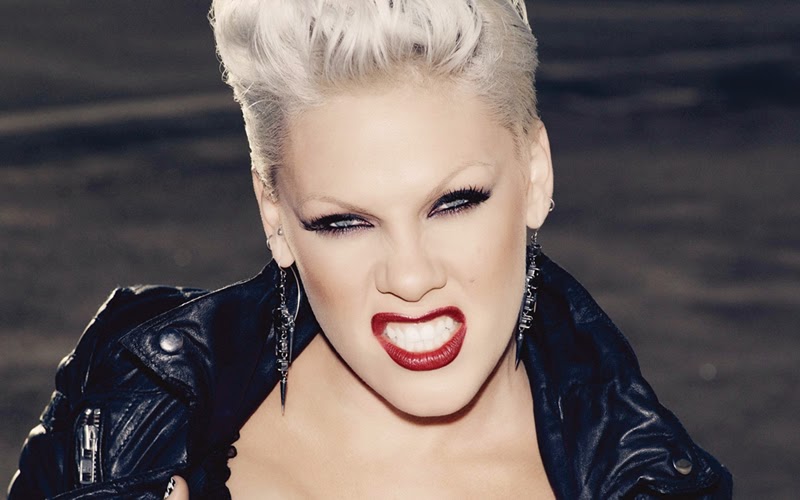 P!nk is one of the most talented women to emerge out of the music industry in the past decade and a half. She is also one of the most successful, having sold more than 100 million records worldwide. Born in 1979 as Alecia Beth Moore, she started out as a member of a girl group called Choice. The group disbanded in 1998, and their debut album was never released, prompting P!nk to pursue a solo career.

Her debut album, Can't Take Me Home, was released in 2000. It contained the singles, There You Go, Most Girls and You Make Me Sick. It was also around this time that she did a collaboration with Christina Aguilera, Lil' Kim and Mýa, recording a cover version of the popular classic, Lady Marmalade, for the Moulin Rouge! soundtrack. The song, which topped the US singles chart after its release, would earn them a Grammy for Best Pop Collaboration with Vocals.

For her second studio album, P!nk decided to make a shift from the R&B/urban sound of her debut to the pop/rock sound for which she is better known today. The shift proved successful, as the album, Missundaztood, remains her bestselling till date, with more than 13 million copies sold. It was released in 2001, and contained the hit singles, Get the Party Started, Don't Let Me Get Me and Just Like A Pill.

2003 saw the release of her third album, Try This, whose first single, Trouble, earned her another Grammy, this time for Best Female Rock Vocal Performance. She released her fourth album, I'm Not Dead, in 2006, and her fifth, Funhouse, in 2008, the latter of which contained her second US #1 single, So What. In 2010, she released her first compilation album, Greatest Hits...So Far. The album was promoted by the single, Raise Your Glass, which marked her third #1 single in the US.

Her sixth studio album, The Truth About Love, was released in 2012. It contained the singles, Blow Me (One Last Kiss), Try, and her fourth US #1 single, Just Give Me a Reason, a collaboration with fun. lead singer, Nate Ruess. In 2014, she released a collaborative album with Dallas Green of City and Colour fame, under the moniker You+Me. The album, titled rose ave., was recorded within the span of a week.

P!nk is renowned for the theatrical nature of her recent live shows, most of which have her dangling from a wire high above her audience. She is also a supporter of the animal rights organization, PETA, as well as the LGBT community, and she typically expresses that support through her music and videos, as can be seen in the video for one of my favorite songs in her catalog, Raise Your Glass.