Y is for Yeasayer 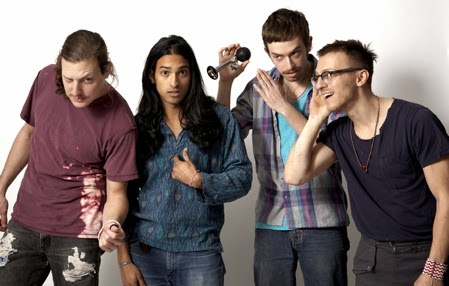 Yeasayer is an American rock band made up of Chris Keating, Ira Wolf Tuton, Anand Wilder and Cale Parks. They are known for the experimental nature of their music, which showcases worldbeat and psychedelic pop influences. Their debut album, All Hour Cymbals, was released in 2007. It was met with critical acclaim, with Pitchfork placing it at #197 on their list of top 200 albums of the 2000s.

While they are yet to score the kind of breakthrough success they surely deserve, Yeasayer continues to record new music, with their as-yet-untitled fourth album expected to drop sometime this year. Their second album remains one of my favorite records, after more than four years since its release. And of the ten songs featured on the album, I have chosen to highlight Madder Red, whose odd yet powerful video features Kristen Bell of House of Lies and Veronica Mars fame.