M is for Madonna 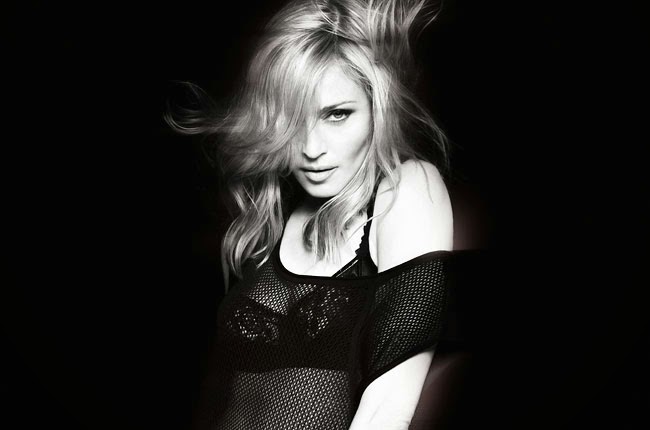 Madonna is beyond a reasonable doubt the undisputed Queen of Pop. This is especially true when you examine her career spanning more than three decades, and the fact that she has managed to stay relevant by not being afraid to reinvent herself in a constantly-evolving music industry. She holds the current record of most records sold by a female artist, with over 300 million till date.

Her rise to fame can be traced back to the early 80s, after leaving the band Breakfast Club to pursue a solo career. Her first major hit was the song Holiday, which was featured on her self-titled debut album. This was followed by the 1984 release of her second album, Like A Virgin, which was met with critical acclaim. Its title track would become her first #1 single in the US, topping the charts for six consecutive weeks.

Her third album, True Blue, was released in 1986. It contained the hits, Live to Tell, Open Your Heart and Papa Don't Preach, and one of my personal favorites, La Isla Bonita. Her fourth album, Like a Prayer, followed in 1989, and it sparked some level of controversy with its title track, whose video featured numerous Catholic symbolism that was condemned by the Vatican.

Having dominated the charts for most of the 80s, Madonna spent the 90s breaking new ground by exploring different musical styles. This was most apparent on her 1998 album, Ray of Light, which netted her four Grammy awards out of six nominations. It remains one of her most critically acclaimed albums, and is noted for helping make electronic music mainstream.

Madonna has such an impressive collection of hits that listening to any one of her greatest hits compilations is always a joyous occasion. So you should understand why singling out any single song of hers for praise is a daunting task. But of all her studio albums, my favorite remains her 2005 love letter to dance music, Confessions on the Dance Floor, which is why I have chosen to highlight the album's opener, Hung Up.