K is for Kanye West 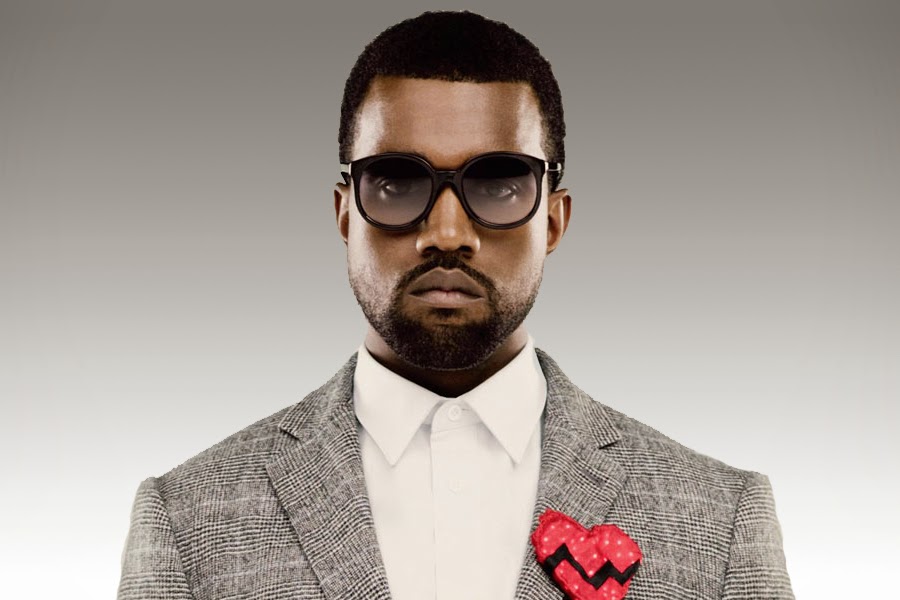 Say what you will about his award-show rants and other out-of-studio theatrics, but there is no denying the fact that Kanye West is one of the most talented musicians alive today. He has amassed more than 20 Grammys in a relatively short period of time, as well as recorded some of the most iconic hip-hop songs and albums of the past decade.

Kanye West started out as a producer, gaining some recognition for his work on the critically-acclaimed Jay Z album, The Blueprint. But his breakthrough wouldn't come until 2002, when he released Through the Wire, a song that was recorded while his jaw was wired shut shortly after a car accident. The song would later feature on his debut album, The College Dropout, which was released in 2004.

The album was met with rave reviews, gaining an Album of the Year nomination at the 2005 Grammy Awards, his first of three back-to-back albums to score a nomination in that category, the other two being The Late Registration (2005) and Graduation (2007). All three albums would also earn him awards in the Best Rap Album category, with the third one producing his Daft Punk-sampling hit single, Stronger.

For his fourth studio album, 808s & Heartbreak, Mr. West decided to switch styles by swapping his raps for autotuned vocals, a decision which many argue had led to his absence in the Best Rap Album category of the following year's Grammy Awards. But the album and its experimental nature would help pave the way for his 2010 follow up, My Beautiful Dark Twisted Fantasy.

Easily one of the greatest hip-hop albums released in years, My Beautiful Dark Twisted Fantasy was named Best Album of 2010 by Time Magazine and several other publications. So it is here that I have chosen to highlight the brilliance of Kanye West, or more importantly his music. And there is no better way to do that than through his musical short film, Runaway.