G is for Gorillaz 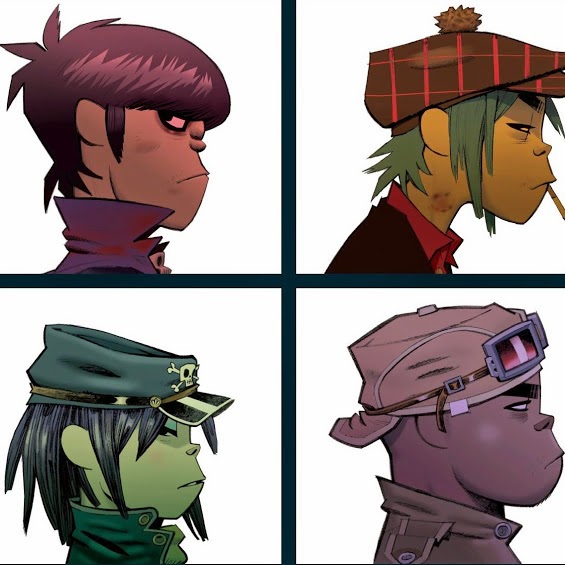 Gorillaz are a virtual band created by Damon Albarn (frontman of the Britpop band, Blur) and Jamie Hewlett (a comic book artist famous for his work on the Tank Girl comics). The band itself is comprised of four cartoon characters, namely 2D, Murdoc, Noodle and Russel. Their music is a blend of hip-hop, alternative rock, reggae and pop.

The band released their self-titled debut album in 2001. It contained their breakout single, Clint Eastwood, which peaked at #4 on the UK singles chart. The album would go on to sell more than 7 million copies, as well as producing further singles, 19-2000, Rock The House and Tomorrow Comes Today.

Their second studio album, Demon Days, was released in 2005. It received even more critical acclaim, with most of that praise being directed at its first single, Feel Good Inc. The song was given a Record of the Year nomination at the 2006 Grammys, but lost to Green Day's Boulevard of Broken Dreams. It still managed to earn them their first and only Grammy till date, in the Best Pop Collaboration with Vocals category.

Gorillaz is very much a visual project as it is a musically-oriented one, and as such, their videos tend to showcase the sort of production values you'd expect to find in a big-budget animated film. And nowhere else does that fact become apparent than in their video for Clint Eastwood, with visuals that hold up surprisingly well despite its age.