V is for Vampire Weekend 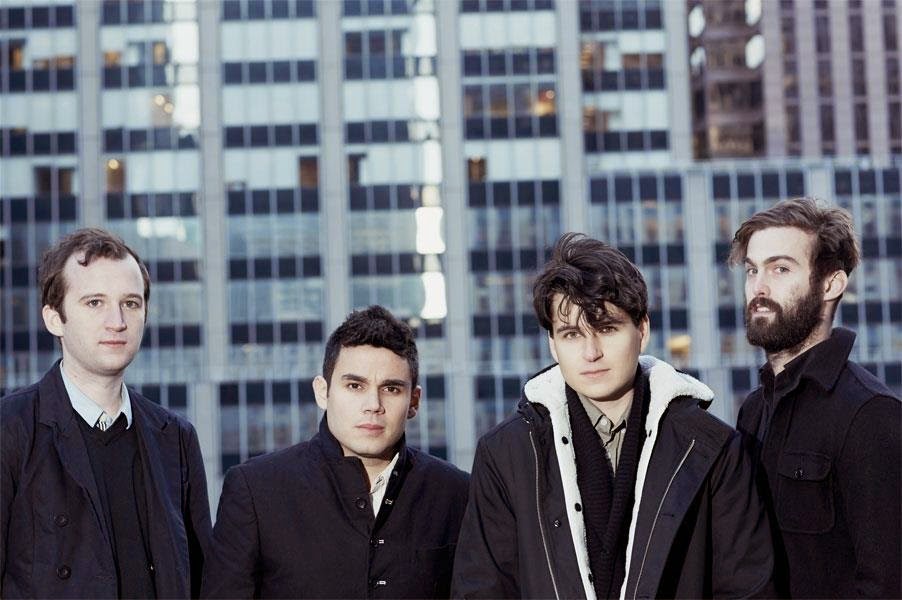 Vampire Weekend is an indie rock band made up of lead vocalist Ezra Koenig, guitarist/keyboardist Rostam Batmanglij, drummer Chris Tomson and bassist Chris Baio. They are renowned for their unique blend of punk rock and African music. Their self-titled debut album was released in 2008, and it contained the singles A-Punk, Mansard Roof, Oxford Comma, Cape Code Kwassa Kwassa and The Kids Don't Stand a Chance. Its release was met with critical acclaim.

Their second album, Contra, was released in 2010. It debuted at #1 on the Billboard 200, and was also met with critical acclaim. It contained the singles Horchata, Cousins, Giving Up the Gun, Holiday, White Sky and Run. It was nominated for Best Alternative Music Album at the 53rd Grammy Awards, but lost to Brothers by The Black Keys. They would eventually win in that same category with their third album, Modern Vampires of the City.

Released in 2013, their third album also debuted at the top of the Billboard 200, marking the first time that an independent rock band has managed to score two back-to-back #1 debuts on the chart. The album was ranked #1 for the year by several publications including Pitchfork and Rolling Stone. It produced four singles, Diane Young, Ya Hey, Unbelievers, and my personal favorite, Step.