T is for Taylor Swift 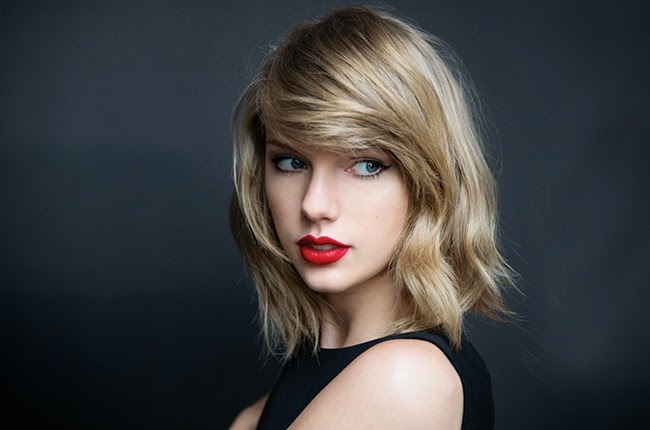 Taylor Swift is an American country singer who shot to fame following the release of her self-titled debut album in 2006. The album contained the crossover hit, Teardrops on My Guitar, which peaked at #13 on the Billboard Hot 100 chart. It also produced three further singles, Tim McGraw, Our Song, and Should've Said No, the last two of which peaked at #1 on the Billboard Hot Country Songs chart.

Her second album, Fearless, was released in 2008. It produced the crossover hits, Love Story and You Belong to Me, the former remaining her bestselling single till date with more than 8 million copies sold. The album itself was a commercial success, and it became the bestselling album of 2009 with 5.2 million copies sold. It would go on to win four Grammy awards that same year, including one for Album of the Year, making Taylor Swift the youngest person to do so at age 20.

Her third album, Speak Now, was released in 2010 and it debuted at #1 on the Billboard 200 with more than 1 million copies sold within its first week of release. It earned her two further Grammys for its single, Mean, one for Best Country Song and the other for Best Country Solo Perormance. Her fourth album, Red, would also debut at #1 in 2012 with sales exceeding 1 million in its first week. Its lead single, We Are Never Ever Getting Back Together, gave Taylor Swift her first #1 on the Billboard Hot 100.

For her fifth album, 1989, Taylor Swift decided to look beyond her country roots, choosing to draw inspiration from some of the pop songs released during the decade of her birth instead. The album was not only well received, it also became the fastest selling album in the US within the past 12 years, selling 1.27  million copies within its first week. Its first two singles, Shake It Off and Blank Space, have both peaked at #1 on the Billboard Hot 100. The third single, Style, is presently one of my favorite songs in her entire catalog.