A is for Angry Birds 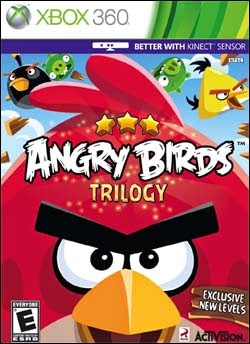 Say what you will about casual games, the fact remains that they are here to stay. This is especially true when you look at the success of Angry Birds. What started as a simple physics-based puzzle game has quickly turned into a franchise spanning several game genres, toys, merchandise, and an upcoming feature-length animated movie.

The series garnered a bit of notoriety recently, with the release of Angry Birds Go, a 3-D kart racing game, primarily for its misuse of the freemium (free-to-play) model and the inclusion of an energy system. But even that wasn't enough to completely mar what was essentially another great game.