V is for Virtua Cop 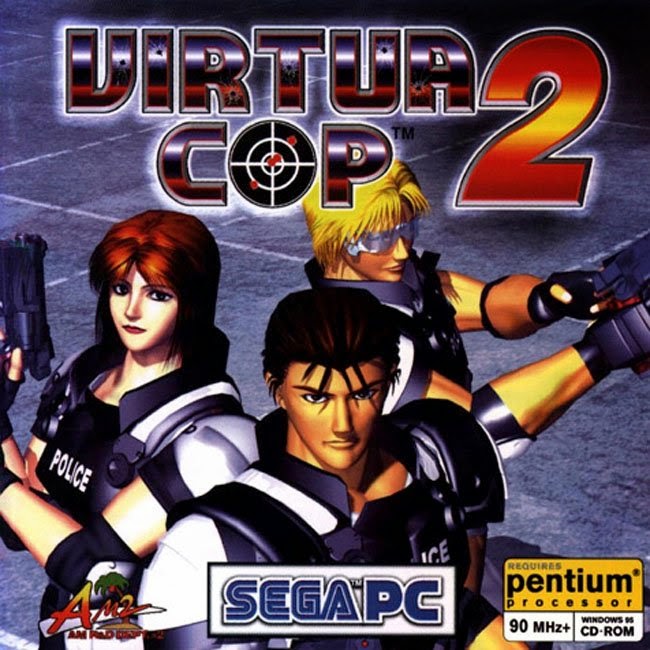 Quick fingers are a requisite for success in many games. But nowhere is that requirement more pronounced than in light gun shooters. And while the genre might have lost its mass appeal in recent years, it did manage to produce a number of noteworthy games during its heyday. One of those games is Virtua Cop, the first in a series of on-rail shooters about police officers in the line of fire.

Virtua Cop was released for arcades in 1994, and subsequently ported onto the Sega Saturn in 1995, and the PC in 1997. The objective of the game was to shoot all on-screen enemies as quickly as possible, without shooting any civilians. It was noted for being the first game of its kind to make use of 3D polygonal graphics, and is also credited for inspiring the N64 game, GoldenEye 007.

Virtua Cop 2 was released in 1995, with ports for the Sega Saturn, PC and Dreamcast following in 1996, 1997 and 2000 respectively. It introduced a third female character, but retained the same gameplay mechanics as its predecessor. A bundle of the first two games, known as Virtua Cop: Elite Edition, was released for the PlayStation 2 in 2002.

Virtua Cop 3 was released in 2003. It is the only game in the series that wasn't ported onto the PC or consoles; an Xbox port was in development, but was eventually cancelled.
Posted by Michael Abayomi at 09:00