O is for Onimusha 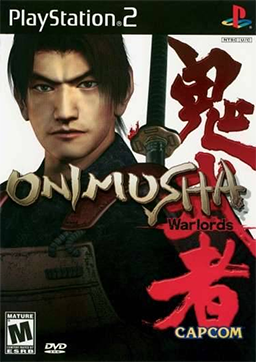 The only thing better than a samurai on a quest for revenge, is a samurai with supernatural powers, kicking some serious demon butt. This is probably why I love the Onimusha series of games as much as I do. Set in feudal Japan, the games are a blend of Japanese history with elements of fantasy. Each one follows the adventures of a brave warrior, as he tries to stop the demon overlord, Nobunaga.

The first game in the series, Onimusha: Warlords, was released in 2000. Originally intended for a PlayStation release, development was eventually shifted to the PlayStation 2. Much like the Resident Evil games that inspired it, the game featured 3D character models on pre-rendered 3D backgrounds. Players controlled Samanosuke Akechi, who was voiced and modeled after Takeshi Kaneshiro (House of Flying Daggers).

The second game, Onimusha 2: Samurai's Destiny, was released in 2002. It introduced a new main character, Jubei Yagyu, who was modeled after the late Yasuka Matsuda (Black Rain). The third game, Onimusha 3: Demon Siege, was released in 2004, and it had Takeshi Kaneshiro reprising his role as Samanosuke. But this time, he was joined by French actor Jean Reno (The Da Vinci Code), who voiced and provided his likeness for the character, Jacques Blanc.

Although originally planned as a trilogy, a fourth game, Onimusha: Dawn of Dreams, was released in 2006. The last two games in the series, despite good critic reviews, were said to have sold considerably lower than the first two; the first game still has the distinction of being the first PlayStation 2 game to sell more than a million copies.
Posted by Michael Abayomi at 09:00