U is for Unreal 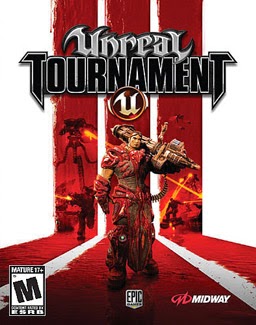 The Unreal Engine is one of the most widely used video game engines today. It has powered a number of high-profile games over the years, including Deus Ex, BioShock, Gears of War, Mass Effect, Batman: Arkham Asylum, Splinter Cell: Blacklist, and of course the eponymous series of first-person shooters, Unreal.

The first game in the series was released in 1998. At the time, it was undoubtedly one of the most graphically advanced games, even though its moment in the sun was eclipsed by Half-Life. The series would eventually hit its stride with the release of Unreal Tournament in 1999. Unlike the first game, Unreal Tournament focused solely on multiplayer, putting it in direct competition with Quake III: Arena.

Unreal Tournament proved to be the better of the two games, receiving rave reviews and numerous Game of the Year awards. Its success was no doubt responsible for the direction the entire franchise took, with Unreal Tournament 2003 and Unreal Tournament 2004 serving as follow-up titles. The first game eventually received a true sequel, Unreal II: Awakening, which was developed by Legend Entertainment.

The latest installment in the franchise is Unreal Tournament 3, which was released in 2007, while the latest version of the engine, Unreal Engine 4, was unveiled during the 2012 Game Developers Conference.