H is for Half-Life 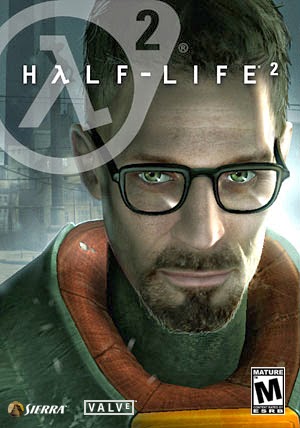 1998 was a great year for gamers. It was a year in which all three major gaming platforms managed to produce landmark titles. On the PlayStation, we had Metal Gear Solid, which was at the time the most cinematic video game ever made. On the Nintendo 64, we had the Legend of Zelda: Ocarina of Time, which, till date, is still regarded as one of the greatest video games of all time.

But perhaps the most significant title that was released in 1998 was Half-Life, a first person shooter for PC. It was developed by Valve, using a modified Quake II engine. It tells the story of an alien invasion as seen through the eyes of a nuclear physicists named Gordon Freeman. And the most remarkable thing about that story was that it never broke away from its first person perspective, not even during a loading screen.

All the cutscenes took place in-game, in scripted events that were acted out the moment you walked into the scene. That sounds like pretty standard fare nowadays, but back then, it was a level of immersion previously unheard of. It also introduced scores of other modern day FPS staples, like the ability to lob grenades using an arched trajectory. So while Half-Life didn't create the first person shooter genre, it definitely helped shape it into what it is today.

Half-Life 2 was released in 2004, and it improved upon the original in every conceivable way. It had better graphics, better level design, a realistic physics engine, and a more complex storyline. And that story was continued in two subsequent releases, Half-Life 2: Episode One and Half-Life 2: Episode Two. A third episode was planned, but has yet to be released.

There is no word yet on Half-Life 3, making it one of the most anticipated video games in the world today.
Posted by Michael Abayomi at 09:00