D is for Donkey Kong 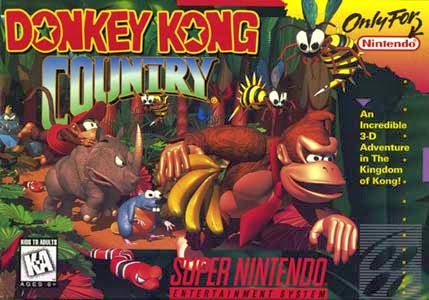 I must admit that I am not quite old enough to remember Donkey Kong as the titular barrel-hauling baddie from the 1980s arcade series. And for others like me, our first brush with the Gorilla came much later.

Despite lending his name to the aforementioned series, Donkey Kong didn't take on any adventures of his own until the 1994 game, Donkey Kong Country, a 2D platformer that made use of pre-rendered 3D character sprites and backgrounds. The result was a game that was both beautiful and technically impressive.