B is for Batman: Arkham 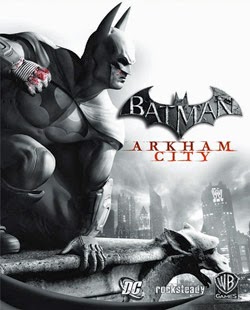 There have been several Batman games over the years, none of which were particularly noteworthy. But then Batman: Arkham Asylum was released in 2009, a game that was immediately compared to Christopher Nolan's The Dark Knight, and widely venerated as the best superhero game ever made.

Loosely based on the comic, Arkham Asylum: A Serious House on Serious Earth, the first game in the series not only focused on Batman's detective roots, but also introduced the free-flow combat that has now become a staple of the franchise. The game also featured stealth sequences, and a story and overall tone that was true to its source material.

That winning formula was carried over to its 2011 sequel, Batman: Arkham City, where it was greatly expanded upon, resulting in one of the year's most critically-acclaimed titles. A prequel, Batman: Arkham Origins, was developed by Warner Bros. Games Montréal and released in 2013.

Batman: Arkham Knight, the third and final game in the series developed by Rocksteady Studios, is scheduled for release in October, 2014.