G is for Grand Theft Auto 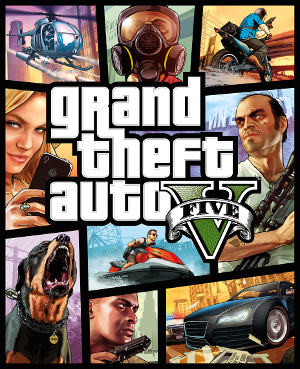 Without a doubt, Grand Theft Auto is one of the most controversial video game series of all time. But it is also quite possibly my favorite one. And the reason for that is simple. No other series has consistently offered the same level of freedom, not to mention fun, in a modern day setting bustling with life (even though most of the fun involves running over hookers and fleeing from the cops).

The first game in the series was released in 1997, and it introduced the same open world gameplay that is still in use till date, in which you steal cars, shoot at cops, and basically cause as much chaos as you deem fit. And all that while making your way up the ladder of the criminal underworld, as you played through the various missions. It was played from a 2D top-down point of view, and the same viewpoint was retained for its sequel, Grand Theft Auto 2, which was released in 1999.

But perhaps the most noteworthy title in the entire series was Grand Theft Auto III, which was released in 2001. It was the first game in the series to feature 3D graphics, and is often credited for popularizing the open world formula seen in so many other games today, not to mention boosting PlayStation 2 sales. It was followed by two more PS2 games, Grand Theft Auto: Vice City, and Grand Theft Auto: San Andreas, both of which were released in 2002 and 2004 respectively.

Grand Theft Auto IV was released in 2008 for PlayStation 3 and Xbox 360, and it introduced one of the most memorable video game characters in recent memory. That character was Niko Bellic, a Russian immigrant with a dark past, who'd been lulled to Liberty City in pursuit of the American Dream. The game was met with critical acclaim and commercial success, earning more than $500 million in its first week.

The latest installment, Grand Theft Auto V, was released in September, 2013. It featured three lead characters and an ability to switch between them at any point in the game. Despite being labelled as misogynistic by many, the game is also regarded as the best in the series. It broke all manner of records by becoming the fastest-selling entertainment release in history, grossing over $1 billion in three days.