F is for Fallout 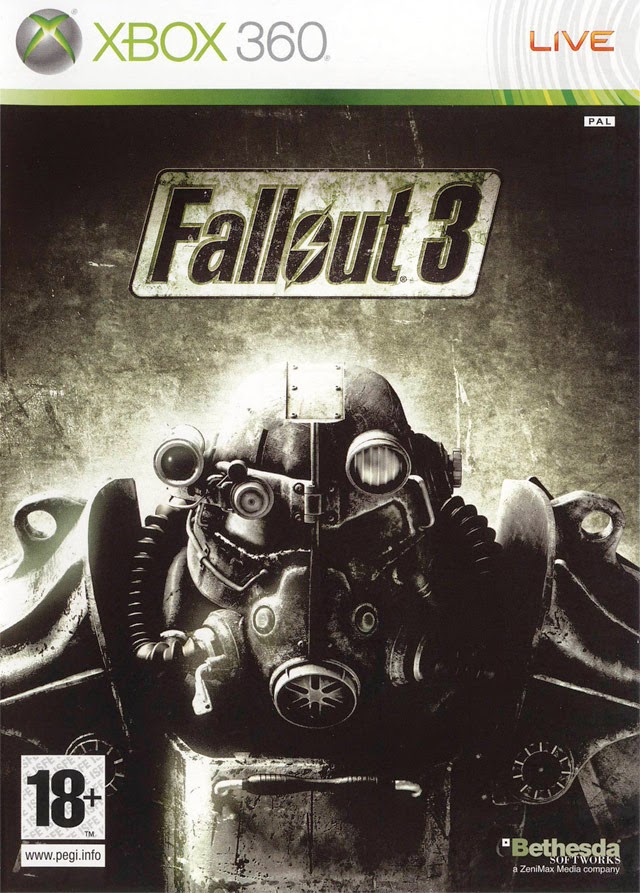 "War. War never changes." Those are the famous words spoken by veteran actor Ron Perlman at the start of every new chapter in Fallout, a series of post-apocalyptic role-playing games. And one of the most fascinating aspects about these games are their setting and atmosphere.

Each game is set many years after a far-reaching nuclear war, in the remnants of an American society that mirrors the post-war culture of the 1950s. Before the war, several underground shelters, known as vaults, were built across the United States. And each game follows the adventures of a different vault dweller, as he or she leaves one of these underground vaults to explore the vast wasteland outside.

The first two games in the series, Fallout and Fallout 2, were released in 1997 and 1998 respectively, and were played with a 2D isometric viewpoint and a turn-based combat system. Those two gameplay mechanics were dropped for the third game in the series, Fallout 3, in favor of a 3D first and third-person viewpoint and a real-time combat system. It was released in 2008, and was developed by Bethesda Game Studios.

A stand-alone title, Fallout: New Vegas, was developed by Obsidian Entertainment and released in 2010, while the fourth game in the series is still in development.
Posted by Michael Abayomi at 09:00