T is for Tomb Raider 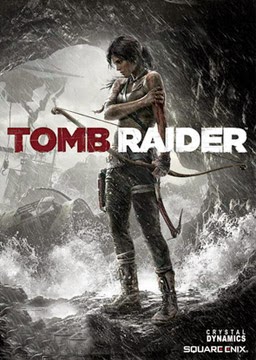 Not very often does a video game character get elevated to the status of a pop culture icon. So the fact that Lara Croft can be counted as such is not a small feat. Perhaps its the combination of her British accent and her sexy physique that has endeared her to the hearts and minds of so many. But for hardcore gamers, it has more to do with what she is best known for: raiding tombs.

Tomb Raider was released in 1996 on the PC, PlayStation and Sega Saturn. It was developed by Core Design, and it introduced Lara Croft, an archaeologist with a thirst for braving lost cities in search of ancient artifacts. Following its release, it became one of the most well-known 3D action-adventure games.

The game proved so successful that it received back-to-back sequels over the next few years. These include Tomb Raider II (1997), Tomb Raider III (1998), Tomb Raider IV (1999) and Tomb Raider: Chronicles (2000). Each game was considered a solid addition to the franchise, and the series didn't show any signs of losing steam until the 2003 release of Tomb Raider: Angel of Darkness, which was largely panned by critics.

Thereafter, the mantle was passed from Core Design to Crystal Dynamics. The first game out of the new studio was Tomb Raider: Legend, which was released in 2006. Considered a return to form by critics, the studio went on to develop two more games, Tomb Raider: Anniversary (2007) and Tomb Raider: Underworld (2008), in what would become a loose trilogy.

Their most recent effort served as a reboot to the entire series. Simply called Tomb Raider, the 2013 reboot was a critical and commercial success, proving that Lara Croft still has a couple of tricks up her sleeves.
Posted by Michael Abayomi at 09:00