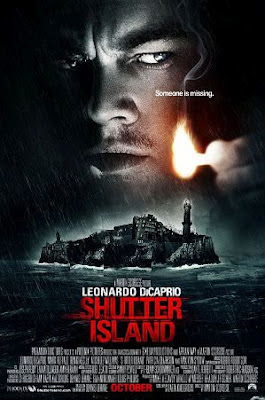 Martin Scorsese is possibly one of the most accomplished directors of our time. Over the years, he has given us several critically-acclaimed films like Taxi Driver, Raging Bull, Goodfellas, Gangs of New York, The Aviator, The Departed, and most recently, the incredible 3D masterpiece, Hugo. But of all his films till date, one of the most haunting was the 2010 psychological thriller, Shutter Island.

In Shutter Island, Leonardo DiCaprio plays Edward "Teddy" Daniels, a U.S. Marshal sent to investigate the disappearance of a patient from a hospital for the criminally insane. He is accompanied by his partner, Chuck (Mark Rufallo), and they arrive on the titular island where the hospital is located, only to be stranded there following a severe hurricane.

This doesn't dampen their resolve though, and both men decide to carry out their investigation as planned. But they find the hospital staff reluctant to help out, and soon come to the conclusion that they must be hiding something. They soon stumble upon a trail, suggesting a massive government conspiracy, and must work hard to get to the bottom of it. But nothing could have prepared us (the viewers) for what was awaiting them at the end of that trail.

I had to watch Shutter Island two times back to back. That's how much the revelation at the ending left me blindsided. I saw it a third time for good measure too, but couldn't find the plot holes and inconsistencies I thought must be there. This is a testament to both a well-thought-out story and Scorsese's eye for detail.

There are several other aspects I loved about this movie, like the atmosphere and superb acting. But at the end, it was that final revelation that took it from being just another enjoyable Scorsese flick to something truly memorable.
Posted by Michael Abayomi at 09:55