W is for The Walking Dead 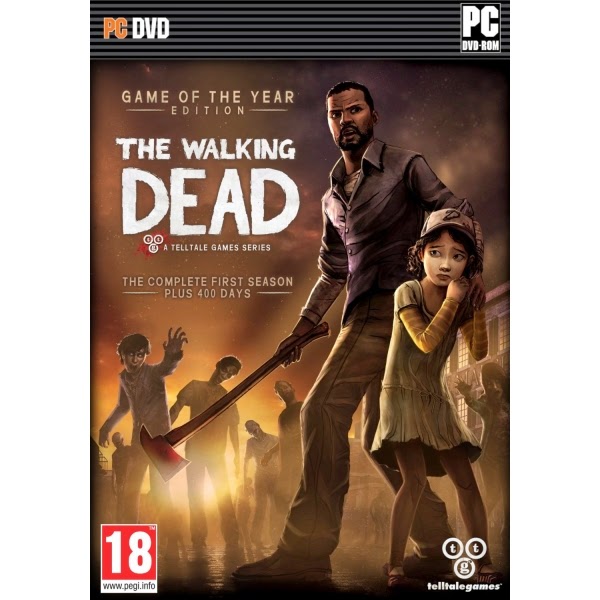 As earlier promised at the end of my Indiana Jones post, I'll once again be touching upon the graphic adventure genre, or more importantly, its recent renaissance. At the very heart of that renaissance is Telltale Games, an independent game developer started in 2004 by former employees of LucasArts.

Over the last couple of years, Telltale Games have managed to create a number of successful, episodic, graphic adventure games based on licensed properties. These include Tales of Monkey Island, Back to the Future, and most recently, The Wolf Among Us (which was based on the DC Comics series, Fables). But their biggest success yet was their take on the Robert Kirkman comic book series, The Walking Dead.

The Walking Dead: Season One was released in 2012, over a period of several months. It consisted of five episodes, each one telling the story of a group of survivors in a zombie apocalypse. Players controlled Lee Everett, a college professor who was recently convicted for the murder of his wife. The shit hits the proverbial fan on the very day he was meant to be incarcerated, and he barely manages to escape following a car accident on his way to prison.

Lee seeks refuge in a nearby house, where he discovers Clementine, a young girl who is all by herself. He saves her from her babysitter, who'd been turned into a zombie, and from that moment on takes it upon himself to protect Clementine, seeing in her a final chance at redemption. The two of them develop a father-and-daughter-like relationship over the course of the season, a bond which was tested to its limits during the heart-wrenching climax of the final episode.

The Walking Dead is noted for being story-driven, a story that is further shaped by the player's choices. Throughout the game, the player is faced with a number of watershed moments, like in the very first episode where you must decide which of your new-found companions to save or leave behind. And your choices carry through each subsequent episode, affecting the way you are treated by your fellow survivors.

It was these things (and much more) that ensured that The Walking Dead was both critically acclaimed and a huge commercial success. It won over 90 Game of the Year awards, and was recognized as one of the game industry's indie success stories.

The Walking Dead: Season Two is currently in full swing, with Episode 1 released in December, 2013, and Episode 2 released in March, 2014. This time around, players take control of Clementine, guiding her through an adventure that already promises to be every bit of an emotional roller coaster as the one experienced in the first season.
Posted by Michael Abayomi at 09:00