The Queen of the Damned 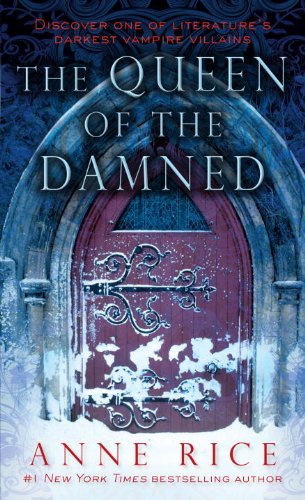 The Queen of the Damned is the third book in The Vampire Chronicles, picking up right where the previous book left off. Most people might remember it for its 2002 movie adaptation starring Stuart Townsend and the late R&B singer, Aaliyah, which also covers material from the second book in the series, The Vampire Lestat.

Following the events of the previous book (which I'll be highlighting next week), the vampire underworld is thrown into a state of turmoil by the awakening of the ancient vampire queen, Akasha. Countless vampires fall victim to her limitless power as she searches for the very vampire who had awakened her, Lestat. Many also experience shared dreams about a pair of twin sisters who seem to be in distress.

In a bid to understand the significance of these dreams, a counsel of sorts is held by a group of vampires. One of them is a woman named Maharet, known for keeping records of her mortal relatives and their lineages. She reveals that she is in fact one of the twins seen in the recent dreams and visions, then embarks on her story, which traces the history of vampires back to Ancient Egypt.

Meanwhile, Akasha catches up with Lestat and takes him to various remote locations around the world, where she incites the women she finds to "kill the men who have oppressed them." The full extent of her plan is made known when she goes to meet Maharet and her gathering of vampires. She intends to get rid of 90 percent of the men in the world, thereby creating a "new Eden" where women will worship her like the goddess she aspires to be.

The Queen of the Damned is quite possibly the goriest book I have read. There was so much blood sucking and bone crushing that I can easily see many people taking issue with this. Aside from that, its take on the origin of vampires is reason enough for me to recommend it (along with the entire series of course) to anybody remotely interested in the subject matter.
Posted by Michael Abayomi at 08:00