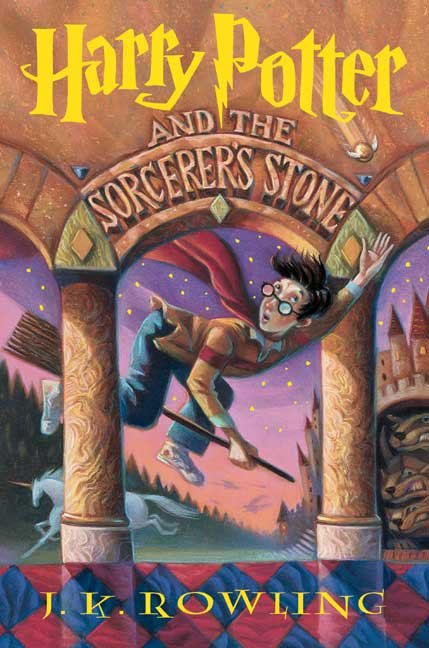 This is a post I've been meaning to write since the day I started this blog. I've been putting it off until a time when I'd be able to give it the treatment I felt it deserved. But as the saying goes, there is no time like the present.

Like most people my age, the Harry Potter books have had a huge impact on my growing up years. Just take a glance at my bookshelf to the right and you'd get an idea just how huge. These books have been credited with everything from sparking a genuine interest in reading, to glorifying witchcraft and whatnot. The purpose of this post is not to take sides in such arguments, but to remind us why none of that matters.

Harry Potter is the story of an orphan who discovers on his eleventh birthday that he is a wizard, and that he has been accepted into Hogwarts School of Witchcraft and Wizardry, where he is to learn how to make use of his inborn magical powers. But like any regular preteen, Harry struggles to adjust to his new school, not to mention a magical world he was previously unaware of.

The books aren't all about flying broomsticks and butterbeers though.

Harry's parents were killed by Lord Voldemort, a dark wizard seeking complete domination of both the magical and non-magical worlds. He would have killed Harry Potter too, except the curse rebounded, leaving Harry with a lightning-shaped scar, and Voldemort a mere, powerless husk of his former self. But the thing about wizards like Voldemort is that they don't stay powerless for very long.

The books follow a rather rigid formula. Each one covers a different year in Harry's magical education. They all open during the summer holidays, with Harry usually lamenting his stay at number four, Privet Drive. Then about midway into the book, the action moves to Hogwarts and we are introduced to the new Defense against the Dark Arts teacher, who of course ends up playing a pivotal role in Harry's life that year.

The only book to attempt to break from the above formula was the final one, Harry Potter and the Deathly Hallows. There the bulk of the adventure is spent by Harry and friends hunting down horcruxes (objects enchanted to house bits of Lord Voldemort's soul, thereby bestowing him with the closest thing to immortality), while at the same time trying to elude capture by the wizarding authorities.

There are so many things to love about Harry Potter that I wouldn't even know where to begin. There's the amazing cast of unforgettable characters, who we get to watch develop from one book to the other. Then there's the world itself, which exists within our own, but is infinitely more interesting. Till today, I still get a warm feeling inside just thinking about Hagrid's hut.

To fully appreciate their brilliance, one must go back and read each book in the series at least a second time. Only then would you be able to see just how carefully plotted the entire series was. My favorite one is Harry Potter and the Goblet of Fire, simply because it was there that we are first shown the sheer scale of the wizarding world, with wizards from all over the world attending the Quidditch World Cup, and Hogwarts playing host to students from other schools for the Triwizard Tournament.

With over 450 million copies sold (till date), Harry Potter is the bestselling book series of all time. Even if you'd somehow managed to miss out on the books, chances are you've run across at least one of their blockbuster movie adaptations. And if you haven't, then I must applaud you for your dogged resistance to popular culture (and ask how you've been able to get an internet connection running in that cave of yours).