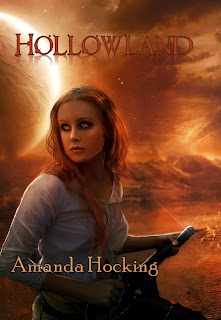 Let me just start by clarifying one fact: I absolutely love zombies. I love the telltale moans they make when there's one lurking just around the corner. I love the way they shamble along in search of their next meal/victim. I love the sound it makes when their heads explode in Resident Evil (the original Playstation game), and the way the Michael Jackson/Thriller zombie moonwalks onto the screen (before summoning some backup dancers) in Popcap's Plant vs. Zombies. In fact, if I had my way, I'd swap my dog for a zombie, and together we'd go around terrorizing drug dealers and prostitutes.

This love for all things zombie comes from a childhood spent in fear of all things undead. Now though, I realize that these zombies were actually nice chaps, and were just trying to survive like all other species on the planet. Like Darwin said. But there's still this level of satisfaction you derive from seeing one run over by a truck. Zack Synder's 2004 remake of Dawn of the Dead immediately comes to mind.

I confess that prior to reading Hollowland, I never knew books were written about zombies. The closest parellel I could remember, about a dystopian future with man-eating cannibals, was Cormac McCarthy's The Road. And so it was with equal parts anticipation and dread that I approached Hollowland, the first book in Amanda Hocking's The Hollows series. In her blog, Miss Hocking states that she wrote Hollowland in a mere 21 days. And I must say that it shows. The writing/editing is inconsistent, and there are some recurring mistakes that seem like simple Find and Replace problems.

In all fairness, Hollowland started off okay, with zombies breaking into a government-run quarantine, and the main character, Remy, barely escaping with her life. Apparently, there's been this huge viral outbreak and now Remy is on a quest to reach her little brother, who is being held in another government-run quarantine, many miles away. But things get really weird when she discovers a lion chained to a tipped-over caravan. She decides to set the beast free, and from this moment onward, the reader is forced to suspend all disbelief.

For reasons that seem to defy all logic, this lion, quite adept at hunting, seems to prefer rotten zombie flesh to that of its uninfected counterpart. I mean, if you must have a zombie-killing lion in your story, then at least come up with a decent backstory that explains the unusual bond between the beast and the main character. In its present form, the story lacks credibility because of this. A lion doesn't just hop into a car and take a ride with a bunch of complete strangers, no matter how domesticated, not without ripping their throats out. Also, there were several moments in the book when the lion seemed forgotten all together, only to reappear just in time to kill some zombies.

As the character's journey across country, the reader gets a glimpse of the world Miss Hocking was trying to building. I've always been a fan of dystopian settings, but I was left wanting more by way of description, even though I've never been a fan of page-long descriptions. If only she'd spent less words describing frivolous items like clothing, and more depicting the extent of desolation, the reader would have been better immersed.

The book is rife with other such missed opportunities, like letting the reader know about the possibility of immunity to the virus a little too early, making the story a lot less suspenseful as a result. I also felt zero emotional attachment to the side characters, so that when they start falling victim to the ever-present zombies, I failed to shed a tear or even bat an eyelash. And to cap things off, the book has the most disappointing ending since Breaking Dawn. I know its just the first book in the series, but at least she could have given readers a nice, little cliffhanger. As it is, there's nothing compelling me to read Hollowmen, the next book in the series.

Wow. This review has sure turned out a lot more negative than I intended. I guess that is what it means to be a writer: the ability to question the choices of your fellow writers. But that said, I feel that her storytelling abilities still shine through, and I wish her more success with future books in the series. Which is why I gave this book a 3-star rating on Amazon. That, and the fact that it was a free download. :)

Posted by Michael Abayomi at 20:10