Into The Badlands: Season 3

The second half of what would become the final season of Into the Badlands, AMC's post-apocalyptic martial arts series, aired earlier in the year. This was shortly after it was announced that the show would not be getting renewed for a fourth season. The season and show as a whole might have ended on a bit of a whimper compared to earlier outings, but all through its three-season run, it never ceased to dazzle with its tightly-choreographed fight scenes and incredible cinematography.

The ending of Game of Thrones might have left long-time fans with a bitter after taste, but there is no denying the fact that the final season of the show was the most ambitious in its eight-season run. At the very least, it should be remembered for delivering unrivaled levels of spectacle in the two Miguel Sapochnik-directed episodes, The Longest Night and The Bells, and in the process raising the bar for what was once thought possible in a fantasy TV show.

I very rarely go back to rewatch a show in its entirety right after completing it, but that was precisely what I had done with Chernobyl, a 5-part miniseries based on the true story of a nuclear reactor meltdown near the city of Pripyat in Ukraine. The historical drama features an ensemble cast that includes Stellan Skarsgård and Emily Watson, and is renowned for its unparalleled storytelling that depicts the scandal and horror that surrounded the disaster in breathtaking detail.

The small town of Hawkins, Indiana was once again a victim of "strange" happenings this year in the third (and what is arguably the best) season of the Netflix original show, Stranger Things. This time around, Mike, Eleven, Dustin and the rest of the gang have to contend with not only the return of the otherworldly Mind Flyer, but a group of Russians running experiments and trying to reopen a portal to the Upside Down.

Superhero TV shows are a dime a dozen these days, but take it from me, The Boys is unlike any other superhero show out there. Heck, it can hardly even be called a superhero show at all, since it focuses more on the lives of the people affected by so-called superheroics than the heroes themselves. And therein lies the beauty of this Amazon Original, a violent take on the superhero genre that subverts genre expectations at every turn.

Into the Badlands might have ended earlier in the year, but martial arts junkies can still get their fix in the form of Wu Assassins, a supernatural, martial arts extravaganza that stars The Raid's very own Iko Uwais. I'd almost lost my mind the day I'd found out such a show even existed, and I'd proceeded to binge the entire thing over the span of a weekend. Granted, the show is more of a guilty pleasure than anything else, with its decidedly cheap-looking special effects and a script that is barely serviceable at best.

Not to be confused with the Zack Synder movie of the same name (which I also loved by the way), this iteration of the Watchmen actually serves as a direct sequel to the graphic novel upon which that movie had been based. Set 30 years after the events of the comic book, the story follows a Detective Angela Abar (aka Sister Night) as she tries to unravel the mystery behind a cult group know as The Seventh Calvary after they openly declare war on the masked police officers of the Tulsa Police Department.

Two words: Baby Yoda. But aside from the inclusion of what is arguably the cutest 50-year-old baby put to film, The Mandalorian has a lot going for it, with high production values and some truly memorable characters and encounters. Set between the fall of the Empire and rise of the First Order, the Disney+ show was made in the style of an old western. Each episode follows the adventures of the titular Mandalorian, a bounty hunter that just can't seem to catch a break as he journeys across the galaxy with his green, googly-eyed ward in tow.

Based on the dark fantasy book series by Andrzej Sapkowski, The Witcher is a Netflix original show that stars Henry Cavil as Geralt of Rivia (the titular witcher), a monster hunter with supernatural abilities. I have only seen the first of its 8-episode first season, but I can already attest to the quality of its action and overall production. The show would surely appeal to anyone with an affinity for fantasy settings, and fans of the popular video game series, which were also based on the books. 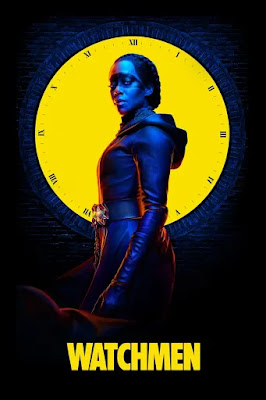 There was no shortage of superhero-based TV shows in 2019, but no other one managed to deliver the thrills and mystery we've come to expect from the genre like HBO's Watchmen. The decision to make the show a sequel to the comic book, rather than a straight-up adaptation, also lends it a sense of continuity not typically found in shows of this kind. It does a great job of filling in its backstory within the context of the show itself, for the benefit of those who haven't read the comics. But perhaps it is most remarkable for the way it explores themes and subject matters as delicate as racism and police brutality, all without coming across as preachy or heavy-handed. It is a show like none other, one that, in my opinion, stands as the current pinnacle of great storytelling.