Country and rap collide in Old Town Road by Lil Nas X, a song that would become the biggest genre mashup of 2019. The debut single would not only receive a remix featuring country singer, Billy Rae Cyrus, but also eventually go on to top the Billboard Hot 100 charts for 19 consecutive weeks, as well as scoring Grammy nominations for Record of the Year, Best Music Video and Best Pop Duo/Group Performance.

Another mashup of genres that was a mainstay on my playlists this year was Juice WRLD's Robbery. The song is built around a haunting piano melody as the late rapper croons about yet another relationship gone awry. It is just one of several gems on his sophomore album, Death Race for Love, and now a part of his legacy following his tragic death after a drug overdose earlier this month.

American pop sensation Billie Eilish finally released her highly-anticipated debut album this year, which included instant classics like Bad Guy and All the Good Girls go to Hell. But of all the great songs featured on the album, my favorite one remains Bury a Friend, a track that gives the phrase "monster under the bed" a new meaning as it takes listeners into the darkest recesses of the 18-year-old's twisted mind.

Few songs were as ubiquitous on Nigerian radio stations and airwaves this past year as Baby by Joeboy. Okay, actually I can name a few, but not many of them could boast of the same kind of instant appeal. The song is so catchy, and the production so smooth, that you just can't help but dance and sing along to its lyrics about getting smitten with someone who seems larger than life itself.

Taylor Swift - You Need to Calm Down

Country singer turned pop star Taylor Swift was back this year with another pop banger, You Need to Calm Down. The earworm served as the second single from her seventh studio album, Lover, and in it she shows her support for the LGBTQ+ community while poking fun at its many detractors and opponents. The song would go on to earn her 9 nominations at the 2019 MTV Video Music Awards, where it won the overall award for Video of the Year.

I have been listening to Slipknot for quite sometime now, but 2019 would be the year that I finally considered myself a full-blown maggot, the official term for their fandom. And Solway Firth would be the song that prompted me to take that designation (as well as being the song to introduce me to the bloody and brilliant Amazon series, The Boys). Simply put, I don't believe I had headbanged as hard as I did the first time I heard this raging beast of a song.

blink-182 released what was hands down their most emotionally "dark" record till date this past year, so I guess it is only appropriate that they have a song on it titled Darkside. Not to be confused with the side of the Force where Sith lords get their power or the DC comic book villain, the deliriously catchy song is actually about an unrequited love for a Goth chick and a disturbing willingness to follow her to the ends of the Earth.

I have a confession to make: I have never been a fan of Post Malone. This is despite the fact that he was featured in my list of favorite songs last year in the Tiesto & Dzeko collaboration, Jackie Chan, and he was half responsible for the best cut from the Spider-Man: Into the Spiderverse OST, Sunflower. Well, all that changed this year the moment I heard Circles, a song so beautifully rendered and heartbreaking that it sticks with you for countless hours after you hear it.

Bring Me the Horizon - Ludens

Bring Me the Horizon might have pissed off a large portion of their fan base with the release of their pop-focused sixth studio album, Amo, but they've managed to bring a lot of them back into the fold with the unexpected release of Ludens. Featured on the soundtrack to the Hideo Kojima video game, Death Stranding, the electronica-infused song features what is arguably one of the best metal breakdowns witnessed all year, as odd as that sounds.

I have a YouTube recommendation to thank for discovering the immensely talented Goody Grace this year. The young Canadian singer is yet to release a debut album, but already has a varied collection of songs up on the platform that showcases his broad range of styles. Scumbag currently serves as his potential breakout single, a collaboration with aging rockers blink-182 that harkens back to the good old days of radio-friendly pop rock. 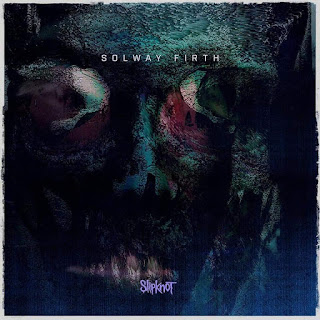 It had been 5 solid years since Slipknot had dropped an album. So you should understand when I say We Are Not Your Kind was easily one of the most anticipated musical releases of the year. And what a killer record it was too, an album that stands as not only one of my favorites (or more accurately THE favorite) for the year, but also marks one of their best (if not THE best) in their 20-year career. Solway Firth is a song that showcases the amount of growth the band has undergone in all that time, an album closer that perfectly exemplifies the spirit of experimentation featured on the album, all the while still managing to retain the same hard-hitting edge fans have come to expect.

PS: Merry Christmas everyone.
Posted by Michael Abayomi at 07:30