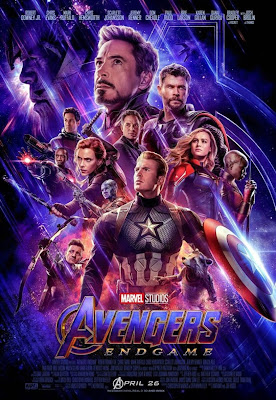 When the Marvel Cinematic Universe (MCU) launched with Iron Man back in 2008, no one could have predicted the grand scope and ambition of its 22-movie narrative, a story arc that has recently come to be known as the Infinity Saga. Over the years, we've had several great movies that fed into that overall narrative, movies like Black Panther, Captain America: Civil War, and Doctor Strange. Avengers: Endgame is a celebration of all those movies, and a stunning reminder of just how unprecedented an achievement the whole endeavor has turned out to be.

In case you've been living under a rock for the past one year, Earth's mightiest heroes suffered a crushing defeat at the hands of Thanos at the end of Avengers: Infinity War, a defeat that resulted in the loss of exactly one half of all the people in the world and universe at large. I think we are well past the point of considering that fact a spoiler, and if for whatever reason you hadn't seen or heard about Infinity War's ending prior to now, then I have to ask, "Why are you even here?"

Avengers: Endgame therefore serves as the aftermath of the Decimation, the official term for the universe-spanning disappearance of half of all life. But to talk about any aspect of that aftermath would be to ruin its impact when you do get to see it for yourself, so I won't be divulging any specific plot details in this review. I mean, chances are you've already made up your mind to see the movie. And if you haven't, this is me saying that you have to, simply because no other film has come close to realizing what the Russo Brothers have been able to with this one.

I'd ended my Avengers: Infinity War review by saying, "we may never get to experience this level of anticipation and excitement again (at least until the second part comes out next year)." Well, it turns out I was right, because not only does Endgame match the level of anticipation that surrounded the arrival of Infinity War, it shattered our level of excitement as well. I'd never heard a crowd scream so loud and for so long during a movie, and I highly doubt if I ever would, ever again. It's hard to imagine any other film delivering on such a visceral and emotional level like Avengers: Endgame manages to do. It was fan service at its finest, and a firm reminder of why we'd all invested all the time we had with these characters over the past 11 years.

I've seen every MCU movie since Avengers: Age of Ultron at the cinema, and Avengers: Endgame is the first one that I actually feel compelled to go back and watch multiple times. It deserves to be experienced in all available formats. I'd settled for a standard 2D midnight screening, but I can totally see myself going back to see this in IMAX, 3D and even 4DX. But whatever format you eventually decide to settle upon doesn't change the fact that this is a must-see movie, so go out and see it you must.
Posted by Michael Abayomi at 06:52