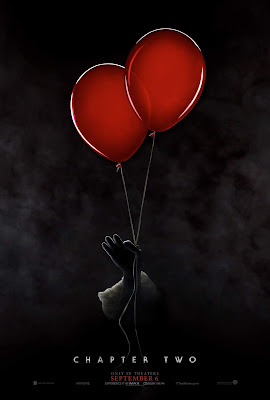 It is very rare to see a horror film play like a Hollywood blockbuster, but that was precisely what happened with It Chapter One in 2017. The Stephen King adaptation was fueled by the love of fans of the source material, a strong sense of nostalgia for Tim Curry's portrayal of the eponymous clown in the 1990 miniseries, great reviews and good word-of-mouth, all of which would come together to propel it to become the highest grossing horror film of all time, with more than $700 million made worldwide. But that was just half of the story of what is effectively another two-part adaptation.

Set 27 years after the events of the first movie, It Chapter Two finds the seven members of the Losers' Club all grown up and living out their adult lives. Bill (James McAvoy) is a successful writer that struggles to write good endings to his stories. Ritchie (Bill Hader) is a successful standup comedian. Eddie (James Ransone) is a risk assessor with an overprotective wife. Ben (Jay Ryan) is an architect and has since shed all of his boyhood fat. Stanley (Andy Bean) is an accountant. Beverly (Jessica Chastain) is a fashion designer caught in an abusive relationship with her husband.

Of the seven members, only Mike (Isiah Mustafa) had stayed behind in their hometown of Derry, Maine, after their initial defeat of Pennywise the clown (Bill Skarsgård), where he serves as the town librarian. But when the eponymous shape-shifting entity returns to terrorize the children of the town in another one of its 27-year feeding cycles, he is forced to reach out to the others, whose memories of their first encounter with Pennywise has been dulled by time and their distance away from the town, asking them to honor the blood oath they'd made as children, by returning to kill It once and for all.

It Chapter Two succeeds as an adequate followup to Chapter One, but doesn't aspire to do much else. It is helped along by some truly stellar performances by its adult cast, with Bill Hader being the obvious standout. But something about their on-screen chemistry doesn't quite gel as well as that of the child actors from the first film. Thankfully, there were quite a few flashback sequences where we got to see the kids again, which helped flesh out the narrative from the first film.

There is no denying the fact that It Chapter Two is the weaker half of director Andy Muschietti's two-part adaptation. It lacks much of the heart that made the first movie so special and tries to compensate for that with an over reliance on jump scares and spectacle. The fact that it stretches to almost three hours in length doesn't exactly help as well. Perhaps these are problems inherited from its source material. But since I never did manage to finish reading the novel, I can't really speak about how faithfully its overall narrative has been adapted here.

There are rumors of a supercut of both movies being considered for release with a narrative structure that more closely mirrors that of the book, with the action jumping back and forth between the kid and adult versions of the Losers' Club. I imagine this would run into well over 5 hours in length, but it is something I'd be interested in checking out. That said, I still believe that It Chapter Two, in its present form, is definitely worth the watch, especially if you're a fan of Stephen King and his works
Posted by Michael Abayomi at 08:57