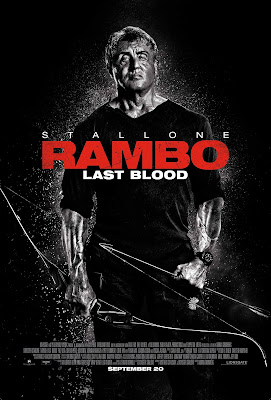 The 80s were ripe with several genre-defining movies, but as far as B-grade action movies were concerned, First Blood was easily one of the most memorable. Released in 1982, the film introduced moviegoers to the character of John Rambo, a veteran from the Vietnam War struggling with PTSD who is forced to put his wartime skills to use when he is caught in a fight for survival against the police in a small town. The film was so successful that it spawned an entire franchise. Rambo: Last Blood is the fifth and potentially final installment in the series.

In Rambo: Last Blood, John Rambo (Sylvester Stallone) has since left his days of bloodshed behind, and taken up residence in an old family horse ranch he'd inherited from his late father. He lives there with an old friend called Maria (Adriana Barraza), who helps him care for the aging property. They also care for Maria's granddaughter, Gabrielle (Yvette Monreal), whose mother had died while she was very young. With the help of her friend, Jezel (Fenessa Pineda), Gabrielle is able to track down her estranged father, Miguel (Marco de la O), who now lives in Mexico.

Gabrielle expresses her desire to visit and reconnect with her father, a desire that both John and Maria warn her against. She proceeds to do so anyway, but while in Mexico, she is abducted by members of a Mexican cartel, who run a sex trafficking ring that is led by the two Martinez brothers, Hugo (Sergio Peris-Menchata) and Victor (Óscar Jaenada). John learns about her disappearance and goes to Mexico to find her. Except what he finds there instead is enough to make him become unhinged once again, and he finds himself in the middle of a full-on war with the Mexican cartel.

There is very little to love about Rambo: Last Blood, from its cookie-cutter, revenge-driven storyline, to its over reliance on excessive, gratuitous amounts of blood and gore. The fact that the whole film takes a fair amount of time to kick into gear, despite its relatively short runtime, doesn't exactly help matters. You get the sense that somewhere between the jumbled mess of an uneven pacing and over-the-top violence the filmmakers were actually trying to make something thought provoking, which only serves to highlight the movie's shortcomings even more.

The best thing about Rambo: Last Blood was the montage of past films that plays over the end credits, a section that effectively charts the title character's journey from lonely Vietnam War veteran to full-blown, B-grade action hero. And that says a lot about the overall quality of a movie, when the best part is watching the end credits roll. Still, if you happen to like B-movies or like me, you grew up watching the series, then this latest (and as the title suggests, final) installment is worth checking out on the strength of its nostalgia alone.
Posted by Michael Abayomi at 08:41