Ed Sheeran - Shape of You

Few songs were as ubiquitous as Shape of You this past year. The song had the A-Team singer step outside of his comfort zone with its dance-hall and tropical house influences. But leave it to Ed Sheeran to make what should otherwise be a hot mess work, and in the process create what would become the bestselling single of 2017.

The acid jazz band for the ages was back this year, and they came with some new tricks up their sleeve. With an electronic sound that was reminiscent of the French duo, Daft Punk, Automaton showed Jamiroquai fans that after a career spanning more than 20 years, the band was still willing to evolve and experiment.

Katy Perry was another singer whose music seemed to be everywhere at every time this past year. But out of her deliciously catchy string of hit singles, Chained to the Rhythm remains the most successful and very best. It didn't hurt of course that she'd managed to score a performance of the song at the 59th Grammy Awards, in what would be remembered as one of the few standout performances of the show.

Riding off the success of her collaboration with The Chainsmokers on the 2016 smash hit, Closer, Halsey was quick to produce the followup singles, Now or Never and Bad at Love. It is her song Heaven in Hiding though that featured most prominently on my playlist this year. Strangely enough, the song can only be found on the deluxe edition of her second studio album, Hopeless Fountain Kingdom.

Ever since Maroon 5 branched out into the realm of mainstream pop with their 2011 hit, Moves Like Jagger, there has been no looking back as the band moved further and further away from the blue-eyed soul infused pop rock of their earlier records. There isn't much cause for complain though, not when the result of that shift is filled with as much earworm goodness as their latest effort, What Lovers Do.

Papa Roach is one of those rare bands that has managed to stay relevant over the years. Nine albums in and their music still resonates with long-time fans and newcomers alike. And nowhere is that resonance more apparent that on the third single off their latest record. Periscope is a song that just begs to be left on constant repeat, with its smooth production and relatable lyrics.

Nothing More - Go To War

The band that gave us the unbelievably incredible This is the Time (Ballast) was back this year with yet another musical tour de force. That song was Go To War, the first single off their latest record, The Stories We Tell Ourselves. The song serves as yet another vehicle for lead singer Jonny Hawkins to showcase his vocal prowess, and he proves that he is more than up to the task.

It Ain't Me is a beautiful blend of acoustic and electronic parts, a mashup that is reminiscent of the 2013 Avicii and Aloe Blacc collaboration, Wake Me Up. Norwegian DJ, Kygo, joins forces with Selena Gomez for this ode to a love lost to excessive drinking and wild nights. The result is a song that shows just how much artistic growth both artists have undergone since making their respective debuts.

Despite going on to become the bestselling song of 2015 and earning Wiz Khalifa and Charlie Puth multiple Grammy nominations, I still think that See You Again is one of the worst songs ever recorded. There. I said it. Deal with it. But as much as I'd like to equally dismiss his 2017 single, Attention, I've got to admit that the kid's got some mad talent, singing, writing and even producing what is easily one of the most memorable pop songs in recent memory.

One Direction's Zayn Malik teams up with Sia for this beautiful power ballad, Dusk Till Dawn. It is amazing just how well their voices compliment one another, in a seemingly effortless show of range and control. This is easily one of the best duets to come out this year. Why it didn't receive any Grammy nominations for next year's ceremony though, save for a Producer of the Year nod for Greg Kurstin, is anyone's guess.

Nothing More - Go To War 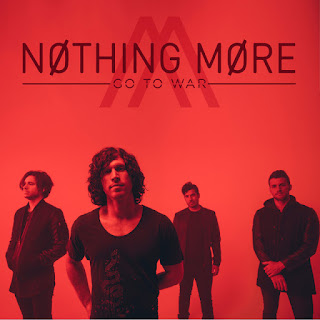 Nothing More is one of the bands whose music I stumbled upon this past year. And boy am I glad I'd found them. Their music sits in that sweet spot between hard rock and heavy metal. Go To War is a metaphor for how being in a relationship can feel like fighting a war sometimes. It has the distinction of being the bands most successful song till date. And with the song currently vying for two Grammys in the Best Rock Song and Best Rock Performance categories, the future looks bright for the San Antonio quartet.
Posted by Michael Abayomi at 09:00