My week-long 2014 in Review series of posts begin today, and in keeping with my theme for this year's Blogging from A-Z Challenge, I'll be kicking things off with a rundown of my favorite video games released during the year. I've got this soft spot for graphic adventure games and the independent game studios that make them, so don't expect to see many big-name, AAA titles like Call of Duty on this list.

That said, I think we can unanimously agree that 2014 was a great year for video games in general, albeit nowhere near as great as 2004, or the Holy Grail that was 1998. We had current-gen remasters of the two biggest games from 2013, Grand Theft Auto V and The Last of US, not to mention new IPs like Titanfall, Shadow of Modor and Sunset Overdrive. But what follows is my list of personal favorites, which as you of course know does not necessarily mean the best or most praise-worthy games. Got it? Great. Let's go.

Season Two of TellTale Games' The Walking Dead was launched in December last year, and I remember feeling equal parts dread and elation the first time I'd learnt that players would be taking control of Clementine this time around. I mean, she was just a little girl and Telltale Games had garnered a reputation (by the end of Season One) for putting their protagonists through all manner of physical and emotional trauma. And they did indeed push the boundaries during the course of the season's five episodes, by presenting players with difficult choices that sometimes meant the difference between life and death.

The Wolf Among Us

Also launched by TellTale Games in 2013, The Wolf Among Us was a five-part, episodic game series based on the DC Comics series, Fables, which was itself based on classic fairy tales like Snow White and Sleeping Beauty. It was a modern day re-imagining of sorts, with the aforementioned characters taking up residence in a rundown New York City borough known as Fabletown. Players took control of Sheriff Bigby (AKA The Big Bad Wolf), as he investigates a series of grisly murders that threaten the lives of the people he's been charged to protect. The game serves as a prequel to the comic books, with a noir inspired art style that captures the look and feel of that medium perfectly.

In 2012, Tim Schafer and his team of developers at Double Fine Productions made Kickstarter history when their project became one of the largest crowdfunding successes, raising more than $3.3 million against an original goal of $400,000. So needless to say, expectations were high on what was then dubbed Double Fine Adventure. The studio's decision to release the game in two parts was met with some backlash, especially after it was also revealed that the project had gone over budget, and was at a risk of running out of money (most of which had been spent on recruiting big name voice actors like Elijah Wood and Jack Black). But the studio soldiered on with its plan to use sales of the first part to complete funding of the second, and so Broken Age: Act I was released early in the year. It was one of the most beautiful graphic adventures to be released in years, and one that was easily elevated to the ranks of Full Throttle and Grim Fandango as one of Tim Schafer's finest.

Very rarely do you see a big-name studio like Ubisoft (Assassin's Creed, Splinter Cell, Prince of Persia) releasing something that looks like it belongs in the portfolio of an independent game studio. But that is precisely what they did with Child of Light, a 2D side-scroller/RPG hybrid with surprising depth and a heart-wrenching story told in the form of rhymes. Players control a young girl named Aurora, who at the start of the game is seen dying on her deathbed, only to awaken in a magical world. That world is presented in a beautiful art style, and it is plagued by dark creatures big and small. The game also boasts a turn-based combat system reminiscent of the one seen in Square Enix RPGs of yesteryear.

Shovel Knight is yet another crowdfunded video game developed by an independent game studio to surface this past year. The game was heavily influenced by 2D platform games of the NES era, which is readily apparent from its 8-bit graphics and chiptune soundtrack. But its appeal didn't lie in its look and sound alone, but in its difficulty and its expertly crafted platforming gameplay and boss battles. It was released to near universal acclaim, and is presently a Game of the Year contender at numerous video game review websites. 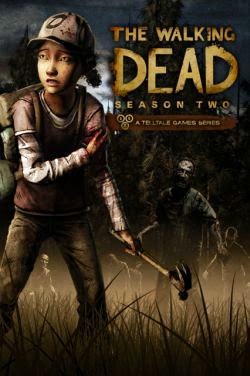 While the culmination of the second season of The Walking Dead could be considered not quite as poignant as season one's heart-wrenching climax, the overall journey that took us there was rife with its fair share of watershed moments. The fact that we are allowed to shape Clementine into the young heroine that she eventually becomes makes her story feel even more personal than Lee's. The game also has multiple endings, with each one positioned to influence events in future episodes. Indeed, 2015 looks bright for fans of Telltale Games, with the recent launches of Tales from the Borderlands and Game of Thrones doing so well, not to mention a third season of The Walking Dead already in the works.
Posted by Michael Abayomi at 12:54