Even though Capital Cities' Safe and Sound has been around since sometime in 2011, it really didn't start making waves until earlier this year. The duo quickly followed its new-found success with the release of their debut album, In a Tidal Wave of Mystery, an album that was largely panned by critics.

South African born singer-songwriter Nicki Williams did her country proud with this dance club anthem. This was after several songwriting credits, and a debut single with a title I wouldn't exactly call radio-friendly.

Get Lucky was the song that gave Daft Punk the mainstream success they've always deserved, coming so close to reigning supreme on top of the Billboard Hot 100. But it was prevented from reaching that summit by another song I have chosen not to mention, nor include in my round up of favorites (Take that, Robin Thicke).

That shock-provoking MTV VMA performance aside, 2013 was the year that Miley Cyrus finally proved to the world that she had outgrown her Hannah Montana persona. And what better vehicle for that transition into womanhood, than the Mike Will produced club banger, We Can't Stop?

While nowhere near as mainstream (not to mention ubiquitous) as the French duos other song on this list, Instant Crush has a similar level of appeal, from the vocoded crooning of The Strokes frontman, Julian Casablanca, to the synthesizers and beat change that signal the arrival of the chorus.


DJ Kent - On Top of the World (feat. Liquideep)

South Africa is represented once again on my 2013 list of favorites, and this time it's through the pairing of DJ Kent and the duo, Liquideep. On Top of the World perfectly captures that feeling you get when you're with that special someone. 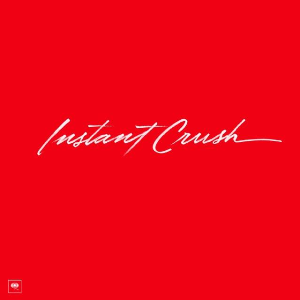 There is a point in every book/song/album, when you can instantly tell whether or not the entire body of work is truly great or praiseworthy. For me, the first time I listened to Daft Punk's Random Access Memories, that moment came during Instant Crush, when Julian Casablanca stops singing and the instrumentals slowly fade with the final chorus of the song. It was one of those moments so rare in music today, where you're torn between pressing repeat, or waiting to hear which other sonic pleasures might be waiting for you right around the corner.
Posted by Michael Abayomi at 11:37