It's that time of the year again. And no, I'm not just talking about the season to be jolly. I am referring of course to my week-long year in review series of posts. And much like I did last year, I'll be starting this year's series by highlighting my favorite books for the year.

I didn't read nearly enough books this year, at least not enough that were released during the year in question. So I'll be highlighting just three favorites from the small pool of books I did manage to read. Without further ado, those three favorites are: 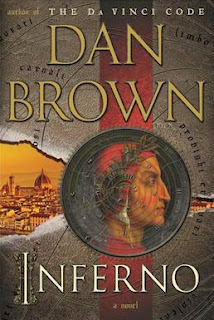 Of the three books I am highlighting this year, Inferno (or Robert Langdon, #4) was easily my most anticipated. So you can imagine my disappointment when the finished product didn't quite live up to my expectations. The biggest issues I had with this book were its long-winded narrative and its adherence to the formula already set by the previous books in the series. Nonetheless, Inferno still had its moments, not to mention enough thrills and plot twists to be considered a worthy addition to the mega, bestselling series. But as things presently stand, Angels and Demons (Robert Langdon, #1) still holds the title of my favorite book in the series.

The Cuckoo's Calling (by Robert Galbraith)

The Cuckoo's Calling was easily one of the most critically-acclaimed novels by a debut author this past year. Except it wasn't written by a first-time author. The internet was set abuzz in the month of July when it was revealed that Robert Galbraith was a pseudonym for none other than J.K. Rowling, an announcement that effectively saved the book from obscurity, turning it into an instant bestseller. The book itself is J.K. Rowling true and true, with her trademark rich characterization and well-written dialogue on display throughout. And much like she did with The Casual Vacancy the year before, she manages to prove once again that her writing can thrive beyond the boundaries of the Harry Potter universe. 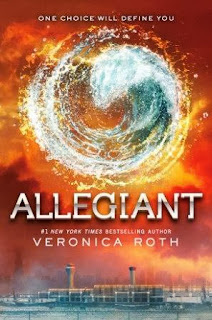 Allegiant is the third and final book in the Divergent series, a trilogy of science fiction/dystopian books for young adults. And much like The Cuckoo's Calling did earlier in the year, the book managed to generate quite the buzz, albeit between the members of its fan-base, due in part to its somewhat surprising end to the series. I was one of the few who actually found the book's conclusion satisfactory enough. And I would refrain from saying anything more about that ending, so that I don't ruin it for others yet to experience the story. But it would be interesting to find out what people beyond the book's fan-base think, especially with the first book's movie adaptation just months away now.

The Cuckoo's Calling (by Robert Galbraith) 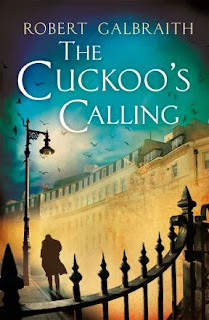 From the moment I'd learnt that J.K. Rowling had released another book (and that we were all three months late to the party), I had made reading The Cuckoo's Calling my topmost priority. And from the get-go, I could just tell that the book was going to be the start of something special. The Cuckoo's Calling is a detective story, a genre I don't dabble into too often. But you don't really need to enjoy reading such books, for you to appreciate this one. The best part is it has been confirmed to be the first book of a new series of Detective stories, all of which are to feature the book's main character, Cormoran Strike. Whether or not this new series has any hope of becoming anywhere near as popular as Harry Potter is a matter up for debate. But I personally can't wait to get my hands on book #2.
Posted by Michael Abayomi at 10:03