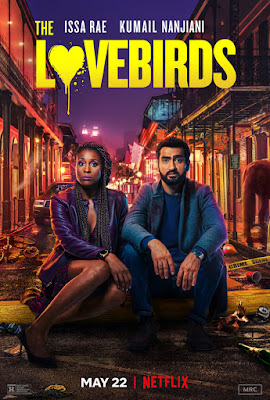 Netflix continues to be one of the main beneficiaries of the ongoing coronavirus-induced closure of movie theaters, with several studios trying to find new homes for their unreleased movies and their platform looking like a pretty good alternative. Originally slated for a theatrical release early last month, distribution rights for The Lovebirds were subsequently sold to the streaming giant, and now here we are.

The Lovebirds is a romantic dark comedy in which Issa Rae and Kumail Nanjiani play a couple who have arrived at the end of the road for their relationship. After being together for four years, the couple comes to realize that the spark that kept their relationship alive had all but flicked out. But they are forced to put their breakup on the backburner when they are both implicated in a hit-and-run murder.

Having fled the scene of the crime for fear of being arrested due to their ethnicity, they become convinced that the only way to exonerate themselves would be to find the real murderer. And so begins their wild night of misadventures, as they try to get to the bottom of the mystery, even as things continue to spiral out of control and they start to develop newfound feelings for one another.

The Lovebirds is a by-the-numbers romantic comedy that rests primarily on the shoulders of its two leads. And they carry the entire movie quite nicely, sharing great chemistry while generating the kind of racially-laced laughs that one would expect from such a pairing. But the overall film never attempts to be anything more, with a script that is largely unimaginative and a plot that never ceases to be predictable.

And sometimes that is okay. It is that very fact that makes it easy to recommend The Lovebirds to anyone looking to pass some time or catch something new while we are all relegated to Netflix. But to anyone expecting the next The Big Sick or Game Night, or something closer to the two stars' best work, you might be better served looking elsewhere or simply rewatching those aforementioned films instead.
Posted by Michael Abayomi at 14:09