My Thoughts on the 55th Grammy Awards 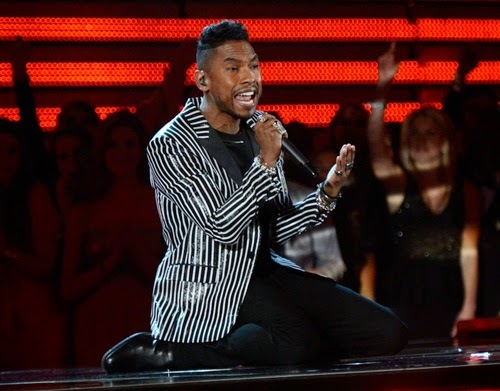 So I finally managed to crawl out of bed today, having stayed up all night watching The Grammys. I was pretty excited about watching this year's awards for two main reasons. First off, my favorite band of the moment, fun., was up for a total of six nominations (including four big ones). Secondly, there were a string of high-profile performances from the likes of Taylor Swift, Bruno Mars, Rihanna and the aforementioned band to look forward to.

But of course, it is usually the low-profile performances that end up stealing the show. Lady Antebellum did it in 2010. The Civil Wars did it last year. This time around it was Miguel's time to shine, who was joined by Wiz Khalifa for a performance of his break-out single, "Adorn." Another standout performance was Carrie Underwood's, wherein her dress was overlayed with digital images to mesmerizing effects. In the same vein, Frank Ocean gave a technically-impressive performance of his highly-controversial song, "Forest Gump."

Unlike last year, where Adele swept all the major categories, there weren't really any clean sweeps this time around (except Skrillex, who won all the electronic categories for a second year in a row). fun. took home the Song of the Year award (in addition to Best New Artist), for the song, "We Are Young" and Gotye (with Kimbra) won the Record of the Year award for "Somebody That I Used To Know."

The Black Keys won most of the Rock categories, but lost out on Album of the Year to the British indie/folk band, Mumford & Sons, who took home the night's top honor for their sophomore album, Babel. This would mark the second year in a row where a British act took home that award (last year it was Adele's 21). And while I wished it had gone to The Black Keys (or dare I say fun.), I really can't say I didn't see it coming.
Posted by Michael Abayomi at 18:53