My Thoughts on the 54th Grammy Awards 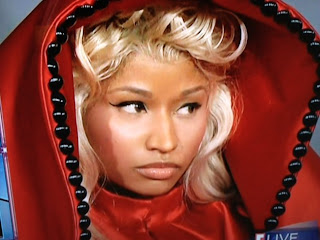 I am putting in this post a day late mainly because I was out cold for the better part of yesterday. I ended up watching the Grammy Awards live (a tradition I've upheld for the past twelve years or so), which meant I had to stay up through the night. The bane of living in another time zone.

To clear the way for today's post, I need to get something off of my chest first. Lady Gaga did not only fail to win Album of the Year, she went home empty handed too.

Alright. I feel better already. On with the post.

It was a fairly predictable night at the Grammys, with Adele claiming all six awards she'd been nominated for, including the big ones: Record of the Year, Song of the Year and Album of the Year. Given her dominance over the music charts and year-end lists this past year, this was no shocker I must say. But did she deserve it?

Well, like I've said before, I really wanted Gaga to score her first Album of the Year win, after three back to back nominations. But these things hardly ever turn out the way you want them to. I mean, one of the best albums to come out during the eligibility period, Kanye West's My Beautiful Dark Twisted Fantasy, wasn't even given a nomination. So I wasn't really surprised when Gaga and others fell victim to Adele's 21.

Another disappointment for me was Foster the People failing to win Best Alternative for Torches. They lost to Bon Iver's eponymous second album, who also won Best New Artist by the way, so there is at least some justification there. But it's the Grammys were talking about here. Just being nominated is an honor in its own right.

What did please me though was Skrillex gaining some well-deserved recognition in the electronic categories, whilst Kanye West and the Foo Fighters swept the Rap and Rock categories respectively. But what crowned my joy for the night was watching Paul Epworth win Producer of the Year. He had cemented his position as my favorite producer with his work on Florence + The Machine's Ceremonials, a (possible) forerunner for next year's awards.

As far as performances go, all the performers did well. I especially loved seeing the Foo Fighters perform with Deadmau5. But the performance that still has everyone talking was Nicki Minaj doing a new song titled Roman Holiday. The Catholic-themed performance featured everything from mock confessions, to demon possession and exorcism. It was one of those things you just had to see for yourself. No doubt the Catholic community and Christians at large are still enraged by the travesty.

All in all, it was a good show, considering the death of Whitney Houston mere hours before. How they managed to work in tributes in such short notice is anybody's guess. Props to the organizers for giving us yet another night where the best in music got honored.

Posted by Michael Abayomi at 16:21