What Was Your Childhood Monster? 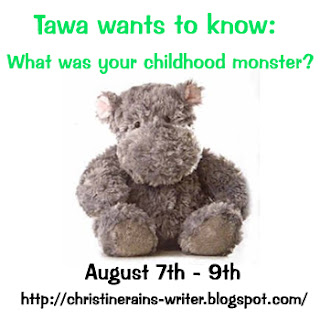 I'd been stumbling across this blogfest on several blogs these past three days, and so I finally decided to give it a shot as well. It was started by Christine Rains, in celebration of her newly-released paranormal romance, Fearless. Participants are expected to write a post discussing their childhood monsters, and this right here is mine.

My childhood was spent in constant fear of one thing or the other. That was most likely due to the prevalence of horror movies on local television. Ironically though, my childhood monster wasn't from an actual horror movie. It was from the 1984 epic fantasy movie, The NeverEnding Story.

There was a particular scene, where Atreyu (the hero) had to pass through some kind of gateway, which was really just the road between a pair of sphinxes facing one another. The problem was that those sphinxes had a rather nasty habit whereby they'd vaporize all travellers on the spot, complete with cheesy 80s special effects. Only those who were deemed worthy were allowed to pass, or something like that.

I must have seen the movie about a gazillion times as a kid, but each time I watched Atreyu approach those sphinxes, it was with the same level of dread I felt on my first viewing. Still, The NeverEnding Story was one of the first fantasy films I completely fell in love with. It's been about 20 years since my last viewing, so I guess I really need to revisit Fantasia.
Posted by Michael Abayomi at 01:11