Mike Posner - I Took a Pill in Ibiza (SeeB Remix)

The man that brought us Cooler than Me way back when finally managed to score a follow up hit this year. The fact that both songs are dance remixes probably says something about where his true audience lies. Hopefully he finds a way to capitalize on this instead of fading out of the limelight for another 5 to 6 years.

Say what you will about the barely-decipherable rap lyrics that have been plaguing the charts recently, mumble rap is here to stay. And there was no bigger song championing the movement this past year than Desiigner's hit single, Panda, a song that was as infectious as it was hard-hitting.

Drake finally scored his first #1 as a lead artist on the Billboard Hot 100 this past year with One Dance, a song that featured the guest vocals of Nigeria's very own, Wizkid. The song would help propel his album, Views, to sales of over 1.5 million units, making it the highest-selling album released within the calendar year.

The aging punk rockers were back in 2016 with a throwback sound and a slightly different lineup, and the vehicle for that return was their single, Bored to Death. The song captured everything fans loved about the band back in the day, while also showcasing their growth and just the right amount of depth to their lyrics.

It seemed like 2016 was a great year for comebacks, with Craig David being yet another artist who'd reemerged into the limelight this year. His collaboration with Hardwell is one of the highlights of that comeback, the resulting club banger representing a sort of best of both worlds, with its UK Garage verses paving the way for a more mainstream EDM chorus.

Panic! at the Disco - LA Devotee

Perhaps the catchiest song on my list of favorite songs, LA Devotee is Panic! at the Disco at its most lighthearted. Don't let the upbeat tempo and Brendon Urie's sweet vocals fool you though, this is a song with hidden depths. It also happens to have one of the creepiest videos I have seen all year, starring Noah Schnapp from Stranger Things.

A collaboration that is almost too good to be true, The Weeknd and the french electronic duo Daft Punk join forces on this dark, mid-tempo song about the former's transformation into the eponymous Starboy. It is clear that both artists were made for each other, as Daft Punk's production and signature vocoder stutters compliment The Weeknd's falsetto and lyrics about the excesses of life.

Issues is a rock band that blends metalcore with pop rock and funk (with hints of R&B), creating a mishmash of genres that might seem jarring at first, but is actually quite ingenious. The Realest is the perfect example of their blend of genres, with its nu-metal turntable scratches, funk groove and guitar riffs coming together to defy any kind of musical boundaries.

Bring Me the Horizon - Oh No

We've had quite a number of recent attempts by metalcore bands trying to incorporate some of the more melodic rock genres and styles into their music. But none other have managed to handle that transition as seamlessly and as beautifully as the members of Bring Me the Horizon. Oh No is the current pinnacle of their mainstream crossover, a song that sounds nothing like the songs from their deathcore and metalcore roots.

The Weeknd - I Feel It Coming (feat. Daft Punk)

The second collaboration between Daft Punk and The Weeknd doesn't only sound brighter and more upbeat than Starboy, it also plays like more of a follow up to Daft Punk's Get Lucky. While there is no official music video as at the time of this writing, the song is featured at the very end of The Weeknd's musical short film, M A N I A, which is worth checking out in its entirety if you fancy a trip into his twisted, artistic mind.

Bring Me the Horizon - Oh No 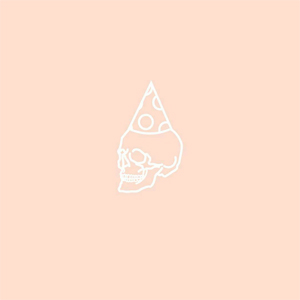 Bring Me the Horizon is a band that I discovered and completely fell in love with this past year. They are one of the bands that have been credited for helping bring the nu-metal genre back into the public eye. Their 2015 album, That's the Spirit, is quite possibly the best album I've heard in years, and it is bookended by my favorite song for 2016, Oh No. The song marks the farthest they've gone from their metalcore sound of old, with its electronic-driven bassline and saxophone solo, but it still has enough raw emotion to please long-time fans and newcomers like myself.
Posted by Michael Abayomi at 09:00