It's amazing how Fetty Wap has gone from being a complete unknown to being quite ubiquitous in the 2015 music charts, all within the span of a single year. The rapper shot to fame following the success of his debut single, Trap Queen. He has since been riding the wave of newfound fame, with the release of a self-titled debut album, as well as a bevy of followup hits under his belt.

Lean On is undoubtedly one of the most massive crossover tunes in years. The song is by Major Lazer, a dance-hall-inspired group/project led by American record producer, Diplo, with contributions by French producer, DJ Snake, as well as vocals by Danish singer, MØ. The result? A feel-good mishmash of cultures that defies categorization.

2015 was a busy year for Diplo it seems, who is featured on my list of favorites songs once again in this collaboration with fellow producer, Skrillex. The duo, known formally as Jack Ü, are joined by none other than Justin Bieber. And from the first moment I heard the song, I knew there was something quite special going on here.

Disturbed - The Vengeful One

I'd spent the better part of 2015 rediscovering the music of Disturbed. And the catalyst for that was The Vengeful One, the first single off their most recent album, Immortalized. As such, I can't imagine having a rundown of favorite songs without at least acknowledging one of the songs that had helped shape my playlist this past year.

In a year already teeming with music made up of sing-along lyrics and danceable beats, King might just be the most infectious of them all. The song is by the British trio, Years & Years, whose music are a throwback to the House-inspired songs that filled the UK charts for the better part of the 90s.

Coldplay - Adventure of a Lifetime

To cap off my list of 2015 favorites, I have chosen the first single off Coldplay's A Head Full of Dreams album, Adventure of a Lifetime. Like most of the album, the song is so unlike what we are used to from the band, that you can't help but applaud them for expanding the range of their sound. Also, the song boasts a mean guitar riff that stays in your head for days on end. 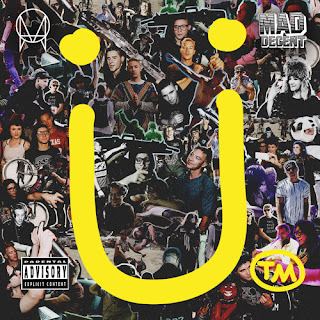 Now, here's a pleasant surprise. I mean, who would have thought I would one day be singling out a Justin Bieber song as my favorite song of the year, right? But if I am to be honest, there was no other song that had managed to remain on my playlist as long as this one. Released all the way back in February, the song's longevity was undoubtedly helped by its inclusion on Justin Bieber's recent album, Purpose. It has also served as a vehicle for the troubled singer's much-needed comeback. I'll be talking more about that comeback tomorrow, when I highlight my favorite albums for the year.
Posted by Michael Abayomi at 09:00