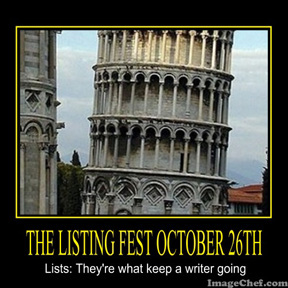 So I totally managed to forget today was The Listing Hop blogfest. Guess that's what happens when you try to juggle work, school and some form of a social media presence. The blogfest is being hosted by Bish Denham and Alex J. Cavanaugh, in commemoration of her eighth year of blogging, and participants are expected to come up with a list of, well, anything really.

Needless to say, I haven't given my list much thought before now, and as such, I am forced to keep my list short and at the same time try to come up with something that isn't too random/convoluted. So on that very note, I present to you my list of: 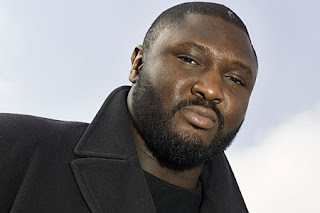 Born in the UK in 1979, Nonso Anozie is perhaps best known for his supporting roles. One of his first major movie appearances was in the 2007 British war drama, Atonement. He subsequently starred in the 2011 films, Conan the Barbarian and The Grey. His recent appearances include Pan, Cinderella, and the popular TV show, Game of Thrones. 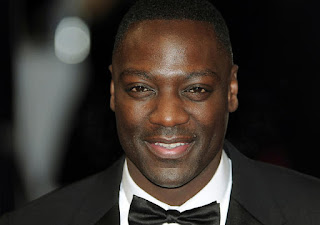 Another Game of Thrones alum, Adewale Akinnuoye-Agbaje is the oldest, at 48, of the 5 Nigerian actors I am highlighting on this list. He has been in movies as varied as The Bourne Identity, The Mummy Returns, and Ace Ventura: When Nature Calls. His recent appearances include Pompeii, Thor: The Dark World, and the upcoming DC Comics adaptation, Suicide Squad. David Oyelowo is yet another Nigerian actor that has been quite ubiquitous in recent years. And he's got the acting chops to warrant it too; in what was perhaps one of the biggest snobs of the 2015 Academy Awards, he was not given a Best Actor nod for his portrayal of Martin Luther King Jnr. in the biopic, Selma. His other recent appearances include Interstellar, The Butler, Lincoln, and 2011's Rise of the Planet of the Apes. 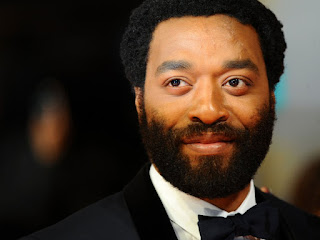 Chiwetel Ejiofor is no stranger to the silver screen. One of his earliest performances was in the Steven Spielberg movie, Amistad. He was also part of the ensemble cast that starred in the 2003 romantic comedy, Love Actually. He also starred in one of my favorite science fiction movies, Children of Men. His recent appearances include The Martian, Salt, and the Academy Award Best Picture recipient, 12 Years a Slave. 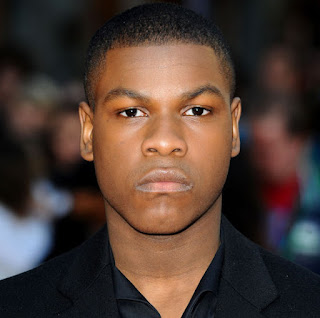 Of all the actors on my list, John Boyega is the one with the least number of acting roles under his belt. He also happens to be the youngest at 23. So why have I placed him at number one on my list? Two words: Star Wars. After all, not many actors today can boast of a leading role in one of the biggest film franchises of all time.

He scored his breakout role in the 2011 British science-fiction film, Attack the Block. He also appeared alongside Chiwetel Ejiofor in Half of a Yellow Sun, even though his character was criminally underutilized. But the current pinnacle of his fledgling acting career is undoubtedly the latest chapter in the Stars Wars saga, The Force Awakens.

If you haven't already seen the trailer, then I suggest you drop everything you're doing and head over to YouTube right away. And in case you still don't understand why you need to see it, here's a clip of John Boyega himself as he tries to absorb the pure awesomeness.


THE TRAILER IS JUST EEEEPPPPPPPIIIIICCCCCCC! Star Wars is back! gaaaaaad laaaaard! You know what! Let me just relax because this kind God oooo! Lmao! Seriously congrats to everyone ! December 18th!
A video posted by @john_boyega on Oct 20, 2015 at 12:02am PDT

Posted by Michael Abayomi at 22:58