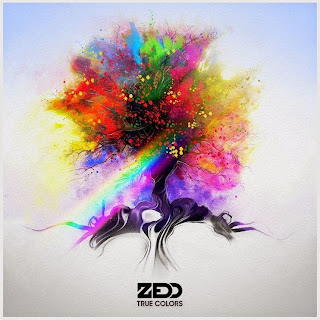 We're barely 5 months into 2015, and already the year is shaping up to be an awesome year for electronic dance music, or EDM as it is more popularly referred to. We've had impressive debut albums in the form of Hardwell's United We Are and Madeon's Adventure, which dropped in January and March respectively. And now, True Colors, the eagerly-anticipated sophomore album by Zedd, appears to be the next in line to set the clubs and dance floors across the world on fire.

Those of you who happen to know me should already know my affinity for the music of Zedd. His debut album was shortlisted as one of my favorites in 2012, and he was more recently highlighted as my final entry for the 2015 Blogging from A to Z Challenge. So needless to say, my expectations for his second album were high. Thankfully, having listened to the album about a dozen times now, I can categorically state that it not only met my expectations, but exceeded them too.

True Colors manages to feel both familiar and progressive at the same time, showing the level of growth that is to be expected from a sophomore effort. Zedd is clearly not afraid to juxtapose more standard EDM anthems like the album-opener, Addicted to a Memory, with his more somber, introspective songs, like the title track, which finds Ke$ha at her most vulnerable as she declares, "I won't apologize for the fire in my eyes," against a backing instrumental that wouldn't feel out of place in a Sergio Leone western.

I especially love the song, Papercut, which features guest vocals from Australian actor/musician, Troye Sivan. At 7 minutes and 23 seconds, the song is the longest on the 11-track record, but that length is put to good use as the song gradually builds up to its awesome climax, with plenty of time to breathe thereafter. I also love how some of the songs segue into one another, a trick that while not particularly novel, is still used to wonderful effect here, easing the transitions from up to down-tempo and vice versa.

True Colors is slated for release next week Monday, but has been on pre-order for about a month now. So if you like EDM or you're into one of its many sub-genres, you should definitely check this out as soon as you can.
Posted by Michael Abayomi at 10:30