When the Grammy nominations were announced some days back, I was very much excited to learn that fun. had scored a total of six nominations. These include Record of the Year and Song of the Year nominations for their breakout hit single, We Are Young. There's something very special about Nate Reuss, lead singer of the band. He has a vocal style that is reminiscent of Queen's Freddy Mercury, but one that is still very unique when compared with today's crop of lead singers from other bands. And together with his bandmates, he was able to deliver one of the most anthemic songs of the year, a song about the inevitable ups and downs of a relationship (and of course the splendor of youth). We Are Young is a song that takes a few listens to fully appreciate, with its abrupt beat changes and its oddball fusion of hip-hop and indie rock. But it is these very things that give it its lasting appeal, and sets it apart.

From the first time I heard Carly Rae Jepsen's Call Me Maybe, during its early days of relative obscurity, I knew it was going to be a hit. Although I had no idea just how big a smash hit it was going to be. A quick trip to wikipedia puts the current tally at over 10 millions legal downloads, making it "one of the best-selling digital singles of all time." Arguably the ultimate sing-along song of 2012, Miss Jepsen has had one of the best debuts by a pop singer in recent years. My only concern for her though is would she be able to break away from the bubblegum pop image and carve a true identity for herself, the same way past chart toppers like Katy Perry, Lady Gaga and Ke$ha have been able to do. Only time would tell I guess.

I have been listening to music since before I was born (I was named after the King of Pop after all). Today, I take much pride in my massive collection of songs and albums, amassed over the course of many years. In all that time, I've grown to love everything from EDM to classic rock 'n roll, and even folk and country. And just when I thought I'd heard all that music had to offer, a song from a little-known French electronic band comes out of the woodwork to prove me wrong. That band is M83, and their song, Midnight City, is quite possibly the greatest song of all time. Okay, those of you who've known me long enough would know that I tend to say things like that all the time. But put simply, if pure awesomeness was a song, this would be it.

Toya Delazy - Love is in the Air

The current queen of the South African music scene was one of the few new artist to strike a chord with me this past year. And the song that catapaulted her towards superstardom was the electro pop hit, Love is in the Air. It is one of those few songs that I never get tired of listening to. It is also helped by a rather creative music video, most of which was spent showing her ascending a stairwell over and over again, with somewhat magical results. What I love most about her music is her unique blend of Pop, Jazz, R&B and EDM. Much like Bruno Mars, she is an artist whose music cannot be shoehorned into one particular genre, due to the wideness of her influences.

I'm a firm advocate of minimalism. That is, I always appreciate works of art where the artist takes a minimalistic approach in creating something that is deceptively simple but ultimately complex. Big Sean, Pusha T, Kanye West and 2 Chainz (known collectively as Good Music) have somehow managed to create such a song, with its simple instrumental, nonsensical lyrics (an entire song that is literally centered around getting a hand job from a rival's girlfriend - in a Lamborghini Murcielago nonetheless), and basic black-and-white video. It is a song that rewards mulitple listens, each one revealing hidden layers of complexity and brilliance, and it's no surprise that it has earned the quartet a Best Rap Song nomination at next year's Grammy Awards.

And just like last year, when I had to sneak in a sixth finalist in my list of favorites (LMFAO's Party Rock Anthem), I am rounding up this year's list with another viral hit. Youtube's most watched music video of all time also happens to be one of the best music videos of 2012. Very few songs have been able to transcend language and cultural barriers as well as Psy's Gangnam Style. The last song that comes to mind is Los Del Rio's Macarena. And just like Macarena, there's a lot to love about Psy's song and video, like its outrageous dance moves and over-the-top depiction of bright colors. It is clear that the stars have aligned for the South Korean rapper, and I hope he'll be able to follow up the success of Gangnam Style with more hits in the months/years to come. 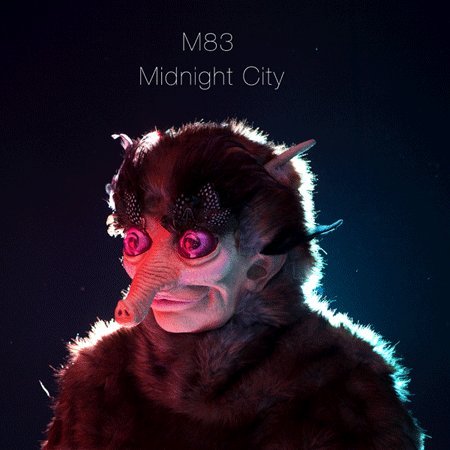 This year's choice has proven more difficult than last year's winner (Foster the People's Pumped Up Kicks). Every single one of my picks would have been worthy of being crowned favorite for 2012. I was especially leaning towards fun. this year, and if it had been any other year, We Are Young would've taken the crown. But if we're talking raw numbers (play counts), emotions and sheer excitement, then M83 comes out on top. Midnight City is the closest thing to sonic perfection I have heard (pretty big claim, I know), a song that couldn't possibly be improved upon in any way or manner. From its barely discernable vocals, to its pulsating bassline and synths, to the sweetness of the saxophone solo (can we ever have too many of those?) that kicks in at the climax, not to mention one of the best videos I've seen in years, Midnight City is a song that redefines the word, awesome.

P.S: Merry Christmas everyone.
Posted by Michael Abayomi at 12:00

Email ThisBlogThis!Share to TwitterShare to FacebookShare to Pinterest
Labels: 2012 in Review, Year in Review