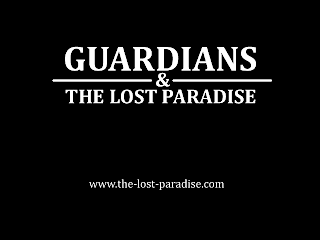 After many weeks of deliberation (not to mention the 6 years spent writing the beast), I have decided it's time to give the world its first sighting of my 6-part epic fantasy series, Guardians & The Lost Paradise. The first two chapters are now on display at www.the-lost-paradise.com, as part of my about-to-be-launched Indiegogo campaign to raise enough money to produce all 6 books in the series.

That's right, I've also decided to take the crowdfunding route. The goal is to raise $3,000 within the next 30 days. The plan is to self-publish all 6 books in the series between the months of July and December, with or without the money. This is why I am opting for "Flexible Funding" where I get to keep (and put to good use) whatever amount is raised, whether we make the goal or not.

I am clearly going to need all the help I can get to make this campaign a success. Such a venture lives or dies by word-of-mouth. I am prepared to do whatever needs to be done to push these books. That's how much I believe in them. I'll try my best not to be too spammy about it. Although I should probably apologize beforehand if that's how I come across at the end of the day.

So, once again, the website for the 2-chapter excerpt is www.the-lost-paradise.com. The campaign itself would launch in the next couple of hours. Just waiting to get word from some certain key partners.

I'll keep everyone posted!
Posted by Michael Abayomi at 16:40