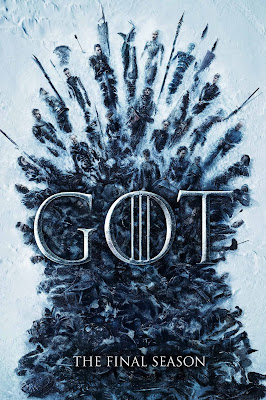 How do you top the biggest battle ever put to film? By following it up with an episode that serves as build up for an even bigger battle, that's how. At least that was the feeling Game of Thrones fans had at the end of the fourth episode of the final season, "The Last of the Starks." It is clear that the battle for the Iron Throne is going to turn out every bit as exhilarating as last week's Battle of Winterfell.

With just two episodes remaining until the very end, fans are already going crazy with their predictions for how the whole thing would pan out. Listen to myself and Prince's predictions and our overall thoughts on the episode below or over at SoundCloud. Our podcast is now also available on iTunes, Spotify, Stitcher and TuneIn, so don't hesitate to give us a sub, like, rating or comment wherever you choose to listen.

Posted by Michael Abayomi at 18:25