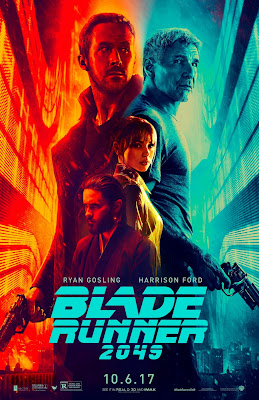 The original Blade Runner is often referred to as one of the greatest science fiction movies of all time. And for good reason too. It remains one of the most visually-stunning films of its era, and it also helped cement Ridley Scott's position as one of the best directors of the genre. Based on the Philip K. Dick novel, Do Androids Dream of Electric Sheep, the film explored themes such as mortality and existential crisis, and posed several questions that are still debated till this very day.

As the title suggests, the sequel is set 30 years after the events of the 1982 classic. Replicants - human-like robots manufactured by the Tyrell Corporation - are no longer relegated to the off-world colonies. They have in fact become a vital part of mankind's survival in the polluted Earth of the future, made possible by Niander Wallace's (Jared Leto) perfection of their ability to obey their human creators. K (Ryan Gosling) is one such replicant, a Nexus-8 that works for the LAPD as one of the eponymous Blade Runners, police officers who retire (read: kill) replicants for a living.

The film opens with K on a mission to track down a fellow replicant (Dave Bautista), albeit one of the older, non-compliant models. But his investigation leads him to a discovery that further blurs the line between humans and replicants. There are those that would love to stifle this discovery for fear of creating a replicant uprising, namely K's boss, Lt. Joshi (Robin Wright). And those who would like to harness the discovery for their own personal gain or profit. K is caught in the middle of that struggle, even as he starts to question the essence of his very being.

Blade Runner 2049 is quite possibly the most visually impressive movie I have seen till date. Director Denis Villenueve carries over some of the impressive work he'd put into Sicario and Arrival, and marries it with the world first brought to life by Ridley Scott 35 years ago. Everything about this film drips with visual polish, from the way he plays with lights and shadows to create tension where there should otherwise be none, to the way almost every shot is framed and filled with breathtaking detail.

All that said, Blade Runner 2049 is not for everyone. The movie carries over the deliberate pacing from the previous film, a decision that no doubt resulted in its almost three-hour runtime. It also favors introspection and deep thought over explosions and shoot outs. More than half the people in the cinema where I saw it walked out in disappointment as a result. If only they'd taken the requisite five minutes to find out what the film was about beforehand.

But if you're the kind of person that likes the movies you see to leave a lasting impression, then Blade Runner 2049 comes highly recommended. It is a visual triumph that expands on the premise of the 1982 classic, and elevates itself to the realm of art.
Posted by Michael Abayomi at 06:24