My Thoughts on the 58th Grammy Awards 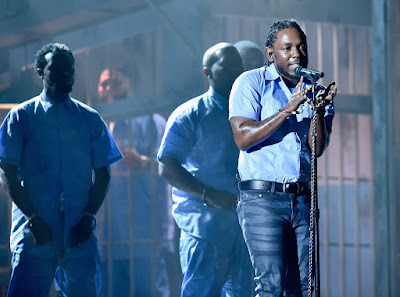 The 58th Grammy Awards were held on Monday. This broke the tradition from previous years where the ceremony was always held on a Sunday. Once again, I was not able to watch the live telecast, due to timezone differences, but I have scanned through a recording of it to get a feel for what went down.

Other notable wins include Skrillex and Diplo for their collaborative effort, Jack Ü. The duo won Best Electronic Album as well as Best Dance/Electronic Recording for my favorite song from 2015, Where Are Ü Now. The Weeknd won Best R&B Performance for his song, Earned It (50 Shades of Grey), as well as Best Urban Contemporary Album for his album, Beauty Behind the Madness.

Kendrick Lamar cleaned out in the Rap categories, eventually winning 5 Grammys, the most by any artist for the evening. He also gave a powerful performance of his songs, The Blacker the Berry and Alright. This was in sharp contrast to Pitbull, who closed the ceremony with one of the weakest closing performances in recent memory.
Posted by Michael Abayomi at 05:52